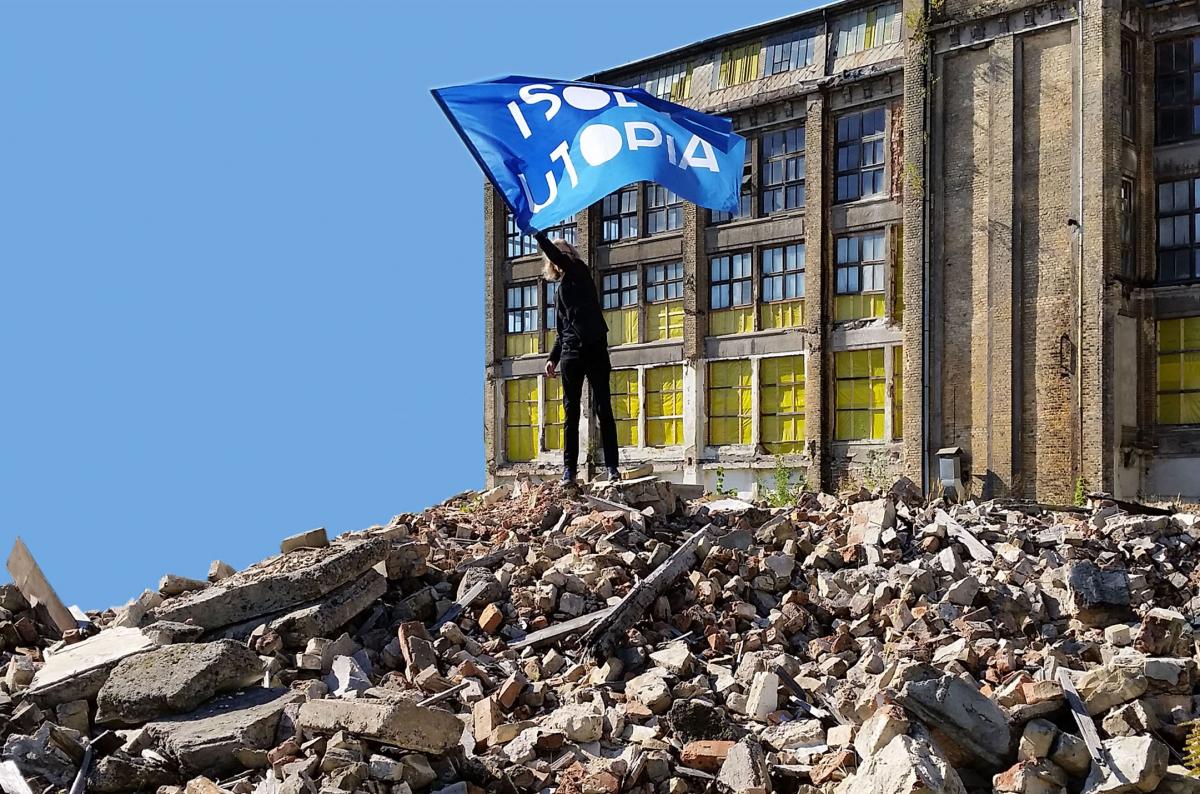 Isola Art Center is an open and experimental platform based in Isola, a post-industrial working- class neighborhood in Milan. Powered by the energy, enthusiasm, and solidarity of its members, the Center brings a combination of contemporary art, theoretical research, and activism to Isola’s community. The Center started in the occupied factory known as La Stecca, where it aligned itself with the struggles of the local residents against the forces of top-down urban planning and gentrification. While the battle was lost and the factory was shut down to make space for luxury skyscrapers, the struggle created strong ties between Isola Art Center and the neighborhood, and established a fight-specific methodology for making use of artistic competence in the service of social activism, which remains the Center’s model. (The full story is featured in the book Fight-specific Isola. Art, architecture, activism and the future of the city, excerpts of which are presented in the exhibition.) Isola Art Center gradually became more dispersed, spreading into the neighborhood around the former factory. The Rosta Project (the report of which is in the exhibition) used the shutters of shop windows as an exhibition venue, while working with local associations to lobby for a new public space available for community initiatives. The result was Isola Pepe Verde, a self-organized community garden. The garden’s enormous success created an opportunity for Isola Art Center to expand the scope of its activities, eventually leading to the founding of Isola Utopia, which aims to make the world more habitable in postartistic times. Isola Utopia’s many projects include a collaboration with Rimaflow, a self-managed, fully functioning occupied factory in Milan, where artists and researchers make use of their skills to support workers’ struggles.