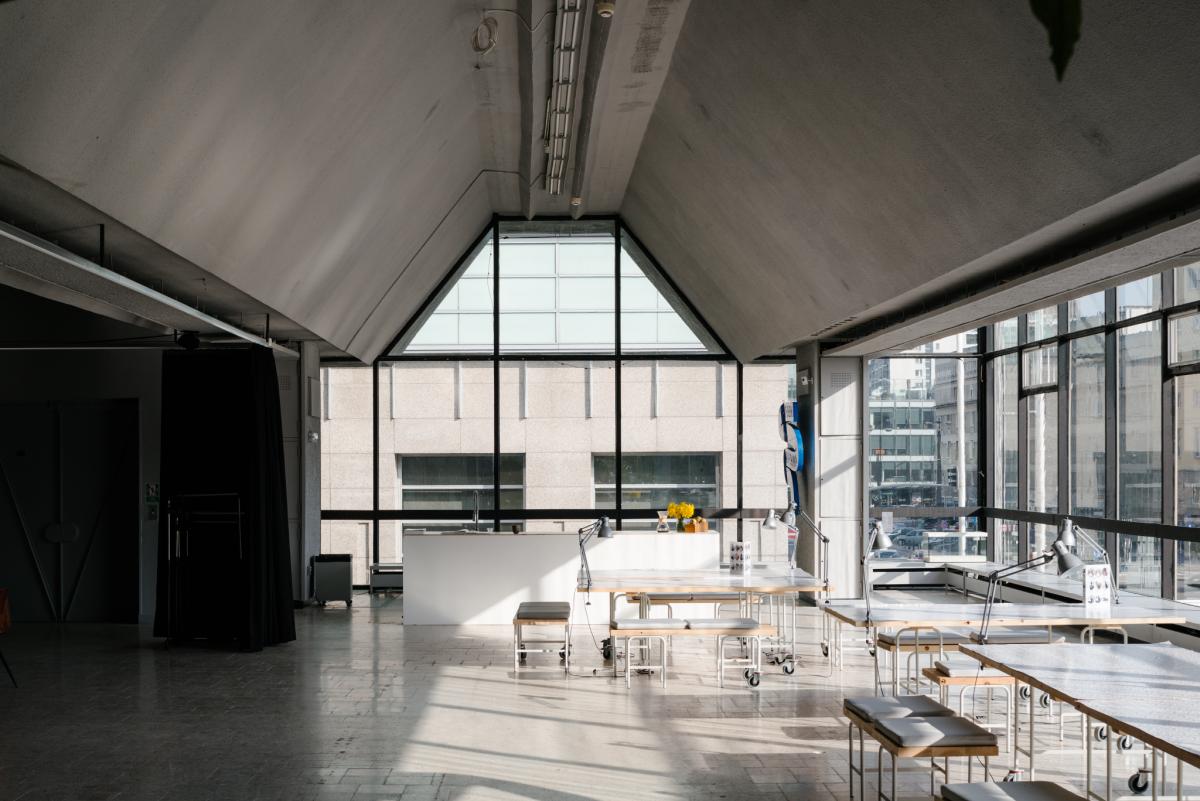 Any quest for museum 3.0 beyond institutional routine must find an appropriate architectural form. After all, the conceptual edifices of contemporary art, despite their seemingly ephemeral status, are solidified in the exhibition architecture. White walls only give an illusion of neutrality. They shape the relations between the audience and the work of art. The architectonic conventions followed in planning exhibitions are designed to create conditions fostering contemplation and celebration of autonomous artifacts and, indirectly, their authors. These are “noun exhibitions,” as Maciek Siuda, chief architect of the exhibition, calls them. But the celebration of authorship and objecthood are only arbitrary conventions of the gallery-exhibition nexus, one of many possible art sustaining habitats. To capture the dynamic of life in postartistic times, Making Use became an exhibition built out of “verbs.”

The upper floor of the Emilia pavilion has been treated not like a temple of art, but more as a multifunctional public space. Its functional division corresponds to various potential forms for making use of the presented material. As an introduction, visitors review the general assumptions of the exhibition, with its glossary and postartistic grammar. In the exhibition section, people read and view selected reports. In the workshop they carry out instructions, or actually create certain reports later presented in the exhibition. The auditorium serves as a generator of collective knowledge, and becomes a space for discussion and self-reflection, where information is shared and collated. In the open office, the curatorial team prepare the program, edit the exhibition, agree on conceptions, and organize meetings. People in the office drink coffee made in the kitchen annex, where meals are also served. In the relaxation zone, built in cooperation with the Warsaw Botanic Garden, people can quiet down and rest, together or separately.

Most of the small architectural elements – display cases, walls, platforms for plants, the stage, tables, and desks in the office – are built from the remnants of exhibitions previously held in the Emilia pavilion. Furniture recycling not only allows extensive rationalization of costs, financial and ecological. This approach, consistently applied, is also an architectural expression of the assumptions of the project, which instead of blowing up conceptual edifices of a traditional museum builds new ones from the remains left after their slow but inevitable erosion. Moreover, most of the elements of the exhibition architecture are fitted with wheels. Indeed, purchasing 350 of them represented the largest material investment in the exhibition budget. Thanks to this simple trick, the spatial configurations gained incredible lightness. The exhibition, the office, and the auditorium can be easily modified, which suits the dynamics of the project. Instead of being petrified into a single noun form, it will evolve over time until the project’s completion.