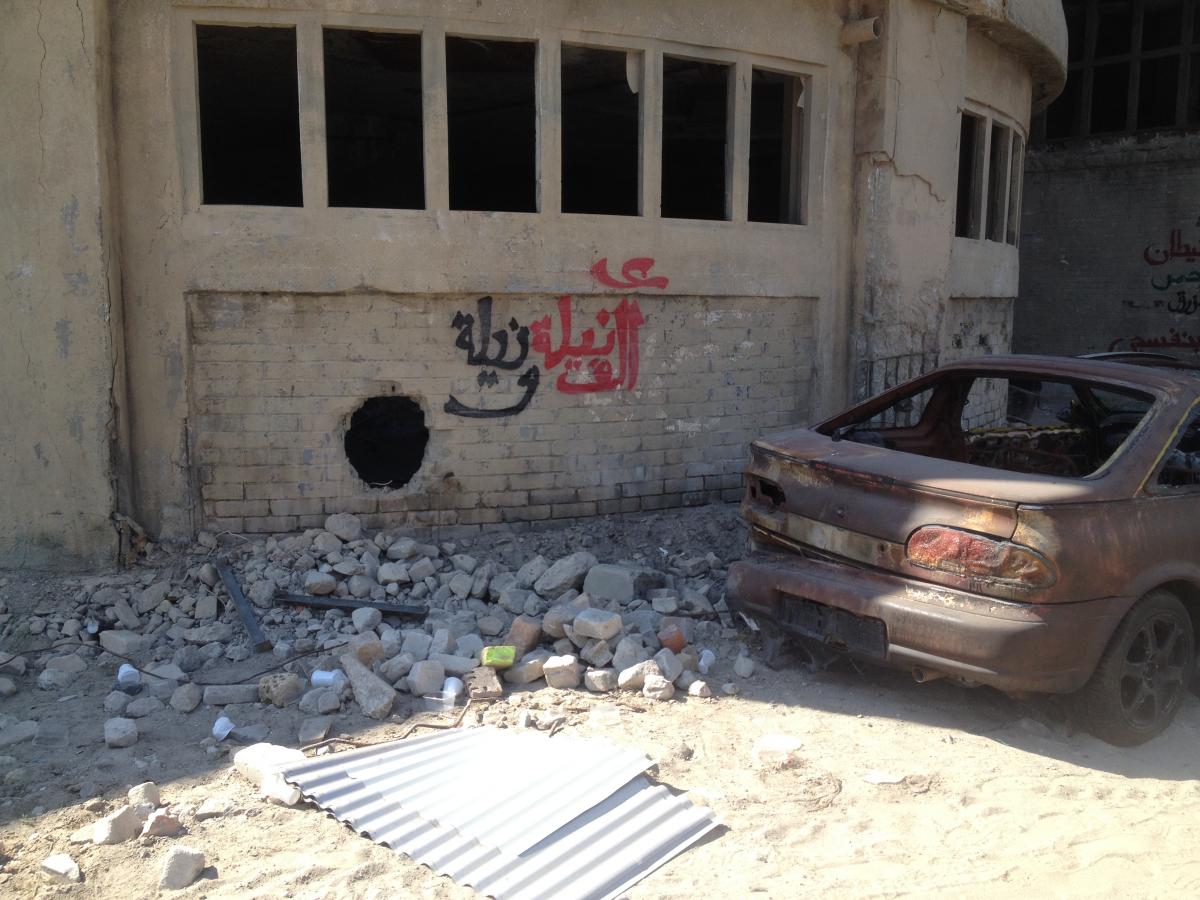 Homeland is an American TV show (an adaptation of the Israeli series Hatufim) broadcast by Showtime since 2011. The show is based on the story of an American soldier rescued from al-Qaida whose true identity CIA agents are trying to determine. The show has often been accused of creating a propaganda image of U.S. involvement in the conflict in the Middle East – for the show’s many millions of viewers, it may be more convincing than any news report. Scenes for the fifth season of Homeland were shot in Berlin in the summer of 2015. The producers enlisted Don Karl (aka “Stone”), a veteran of the Berlin street art scene, to produce “Arab graffiti” to add “authenticity” to the depiction of a Syrian refugee camp. A group adopting the name the Arabian Street Artists (Don Karl, artist and theoretician Heba Amin, and graphic artist and publisher Caram Kapp) was quickly formed and showed up at the film set. They exploited the film crew’s ignorance of Arabic to generate and distribute their own message (see: artistic competence): inscriptions in Arabic read, “Homeland is racist” and “The situation is not to be trusted.” The meaning of the graffiti was not discovered until after the episode had been broadcast to over one and a half million viewers. Their feat made huge waves in the media, and the intervention was reported by such outlets as the BBC, Al Jazeera, the Guardian, the Washington Post, and Sky News. The story went viral online, winning huge popularity for one of the slogans used in the graffiti, #homelandiswatermelon.

The report presented in exhibition consists of a selection of photographs and a film work Homeland Is Not a Series licensed by the Museum of Modern Art in Warsaw for the duration of the exhibition. Courtesy Heba Amin, Caram Kapp, and Stone. 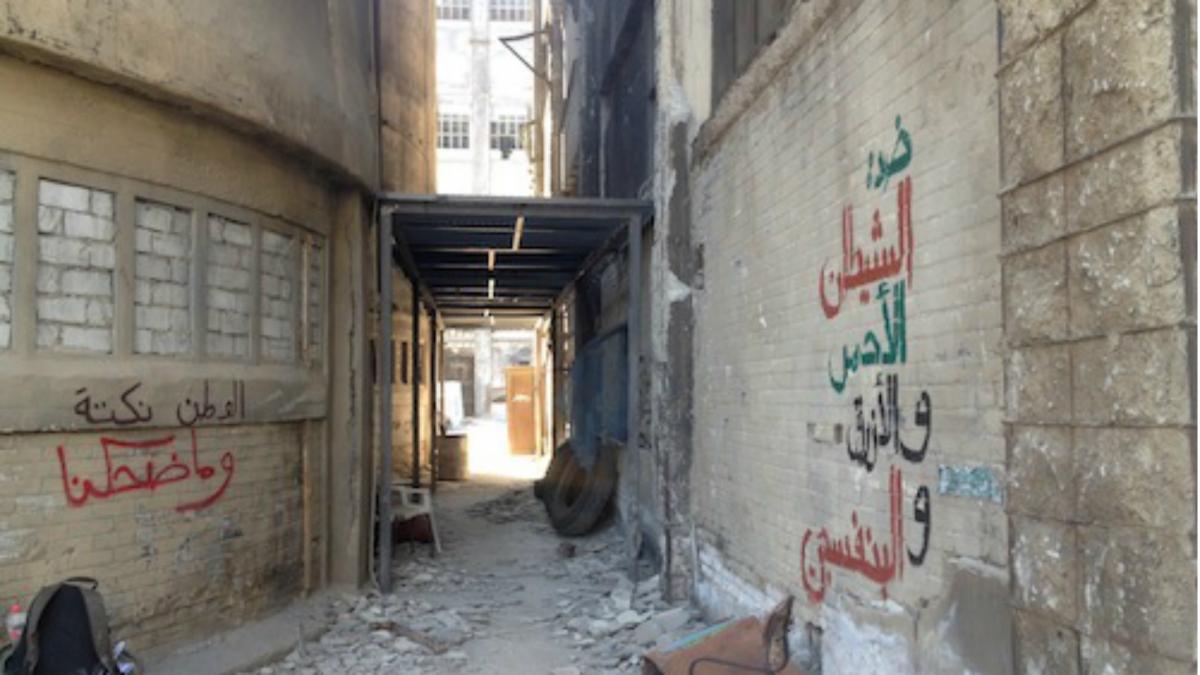 Homeland is a joke and it didn’t make us laugh / against the red, blue and purple devil, Homeland intervention, 2015, photo courtesy the Arabian Street Artists. 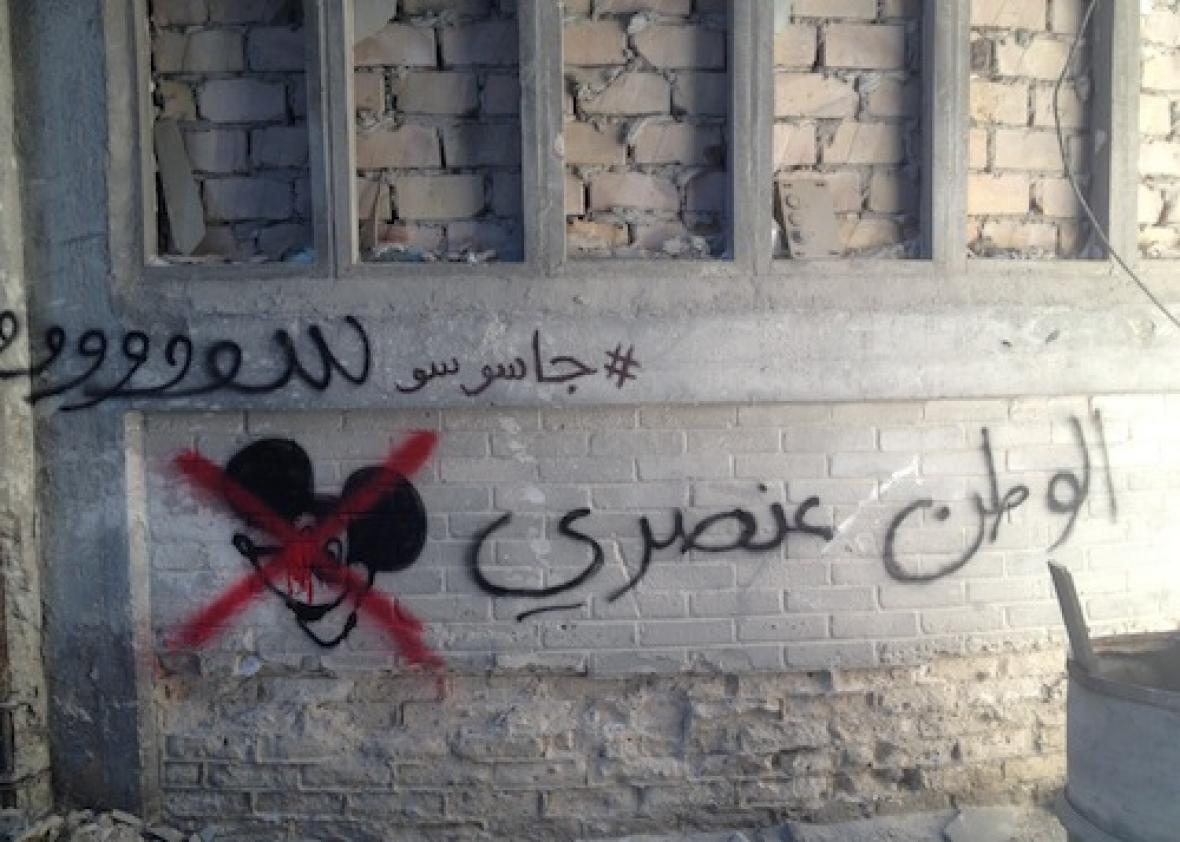