The Edible Map of Migration 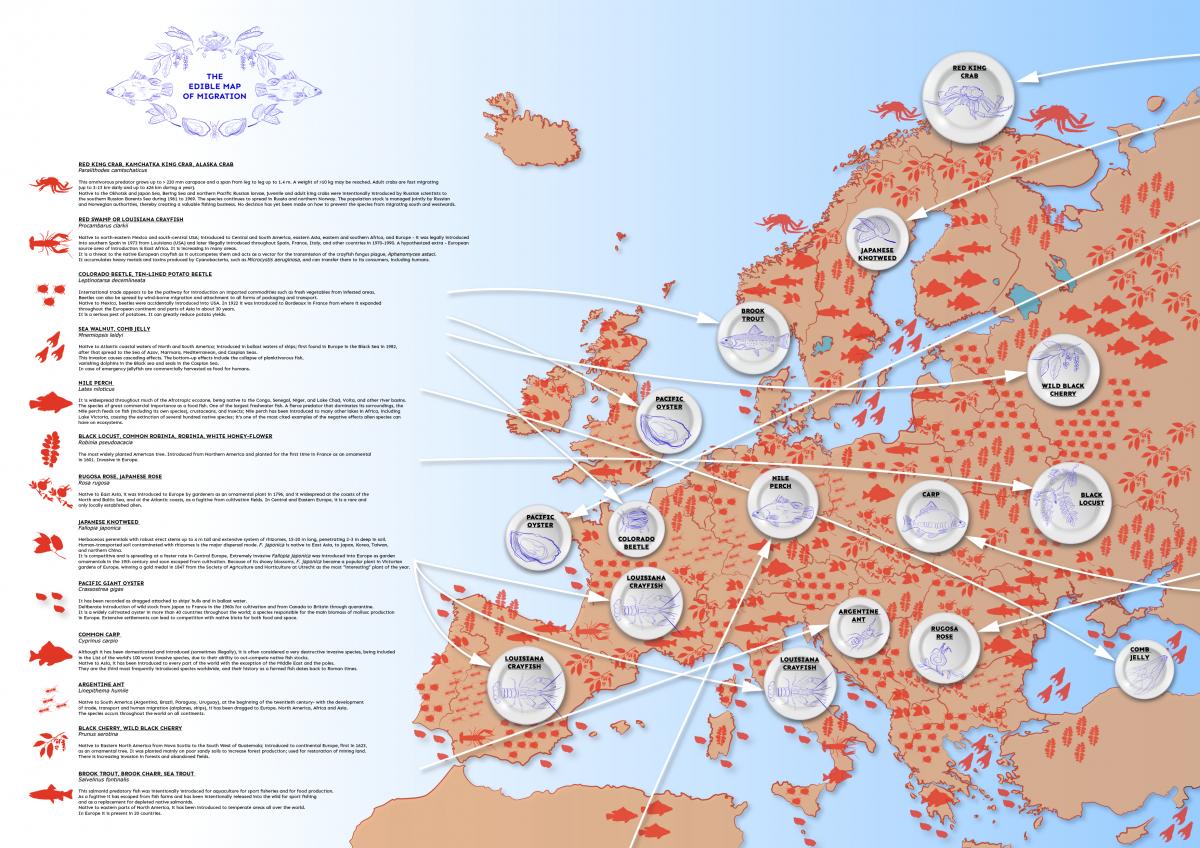 Dagna Jakubowska, director and artist, prepared a performative dinner on a 1:1 scale. It was simultaneously an “ordinary” supper, a research project, and an artistic process. The menu was created through mapping the migrations of edible species of plants and animals classified as invasive. Jakubowska made use of culinary skills and conceptual artistic competence to trace the impact of human activity on the migration of animals and plants, and to examine the consequences that relocation of species has on the human diet and culinary customs. All in the form of a menu with items such as Thai soup with jellyfish, and appetizers made of invasive crab. The components of the menu included species intentionally introduced into Europe as well as those brought here accidentally by organisms clinging to the hulls of ships or in their ballast water. Some of these species play a huge and not necessarily positive role in local ecosystems and are of economic importance. The menu included dishes from predatory red king crab, introduced through Soviet ecological engineering, Louisiana crayfish illegally hauled to Europe, jellyfish with a disastrous impact on the local ecosystem, and globally proliferating invasive weeds.

The artist and her team are interested not so much in the migration of species as in the accompanying scientific discourse and media messages portraying carp or jellyfish as aliens consuming the continent.

The report presented in exhibition took the form of a dinner prepared together with Wojciech Gurtiakow (chef) and Aleksandra Przegalińska (graphic design). The dinner was organized in cooperation with Martin Meisel, director of the Austrian Cultural Forum in Warsaw, as part of a series of encounters in the EUNIC network.