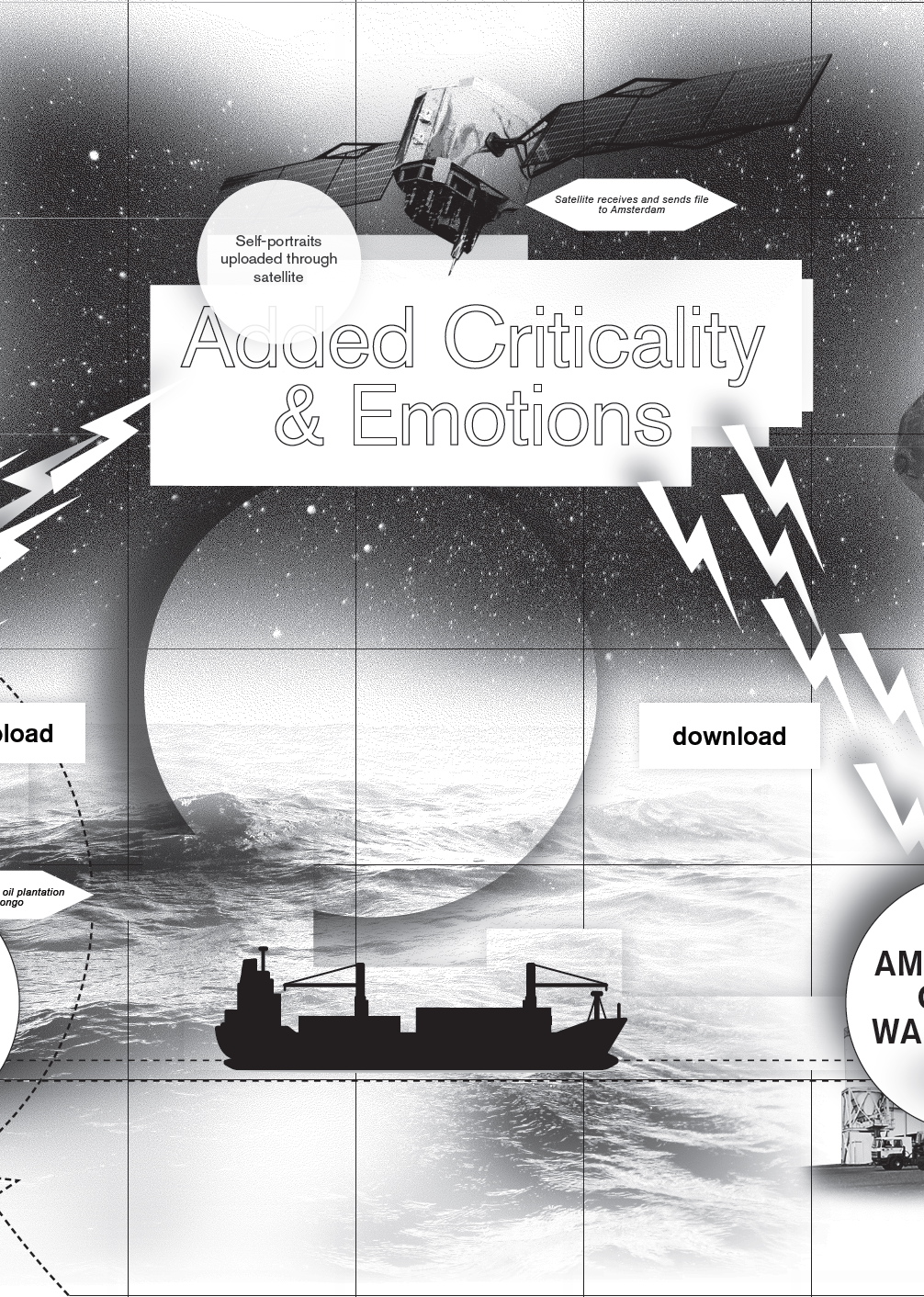 This report presents an economic model of the Institute for Human Activities. The Institute activates artistic competences in order to alleviate the negative impact of global inequalities, at least on a micro scale. IHA makes use of artistic modes of production to test the plausibility of “reverse gentrification” ­– that is, they try to make life better rather than creating conditions that drive out poor people. In a research center at the former Unilever plantation in the Congo, the core of IHA is formed with the Cercle d’Art des Travailleurs de Plantations Congolaises (CATPC). Together, they try to subvert systems by asserting that critical art about inequality should not stimulate further gentrification and economic benefit for a selected few, but should instead make critique profitable in the poorest places on earth. The diagram presents an economic model in which Congolese plantation workers who cannot make their living from plantation labor try to earn more money by artistic engagement with their labor. They create self-portraits in river clay that are scanned and transmitted digitally to Amsterdam, where they are reproduced in the very chocolate these workers produce. The resulting chocolate self-portraits are reproduced and marketed worldwide (2,500 sold in 2015). With this tiny intervention in the value chain, the workers generate a 7000% mark-up in their income per gram of chocolate. All profits made from the sales of the chocolate go to the CATPC and plantation workers.