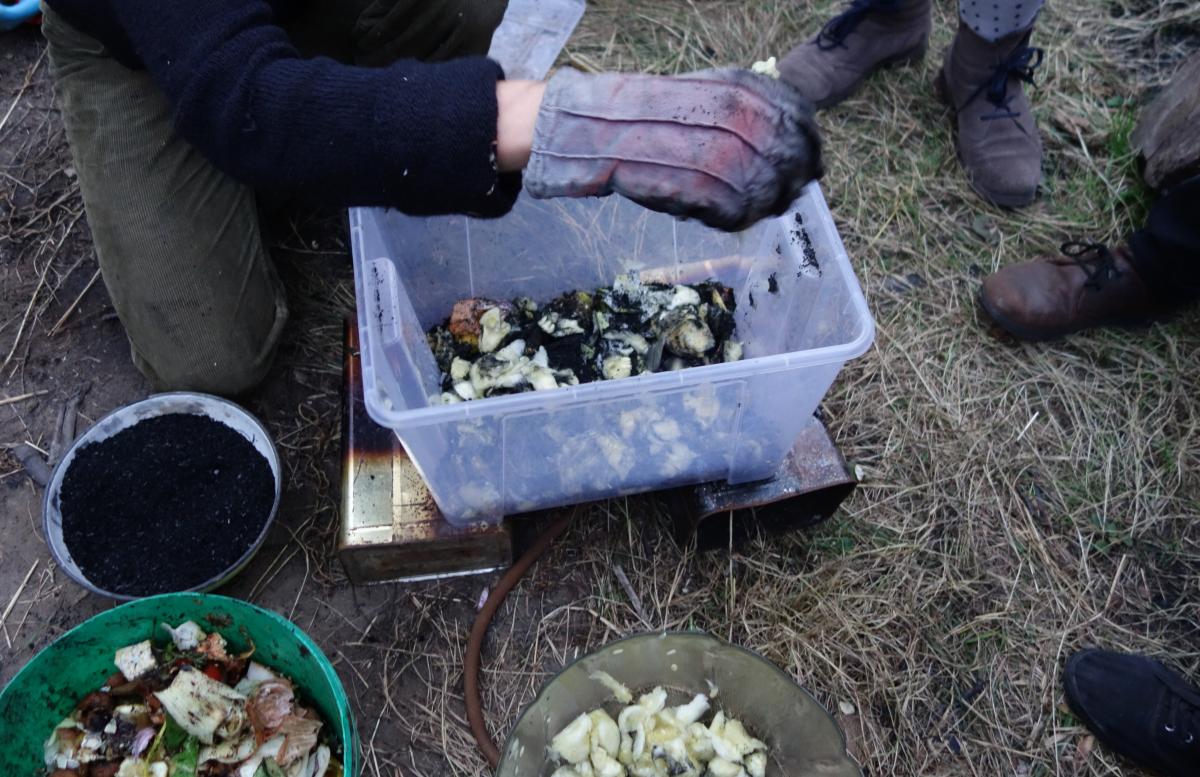 Swiss artist Anja Rüegsegger applies artistic competence to develop urban survival strategies. She undermines commonly held beliefs and customs, posing fundamental questions regarding survival outside a society of consumption. On a 1:1 scale, she develops ways of life to minimize the consumption of energy and goods and achieve independence from their systems of distribution. She makes use of networks of information in communities operating at the intersection of art and urban survival. She exploits systems of support provided by artistic habitats (such as the A-I-R Laboratory of CCA Ujazdowski Castle) and treats them as a starting point for her experiments with the double ontology of urban survival, bacteria for composting, or devices that combine the function of pizza oven and water heater (see: 1:1 scale). She uses artistic competence and urban survival strategies in the battle for common space and rights to the city, joining in creative alliances with collectives of urban activists who function outside the art environment (see: artistic habitats [plausible art worlds]) and often takes a critical stance toward it. The report presented in exhibition are connected with initiatives taken by the artist on the site of allotment gardens on Bartycka Street in Warsaw, in cooperation with the ROD collective, whose goal is to reclaim the land from capitalist circulation by taking over and cultivating sites threatened with destruction by developers and construction companies. (Source: Reclaim the Fields, www.reclaimthefields.pl.noblogs.org)

The report presented in exhibition consists of a series of drawings completed by Anja Rüegsegger and provided to the Museum of Modern Art in Warsaw for the duration of the exhibition.