The Guantanamo Bay Museum of Art and History 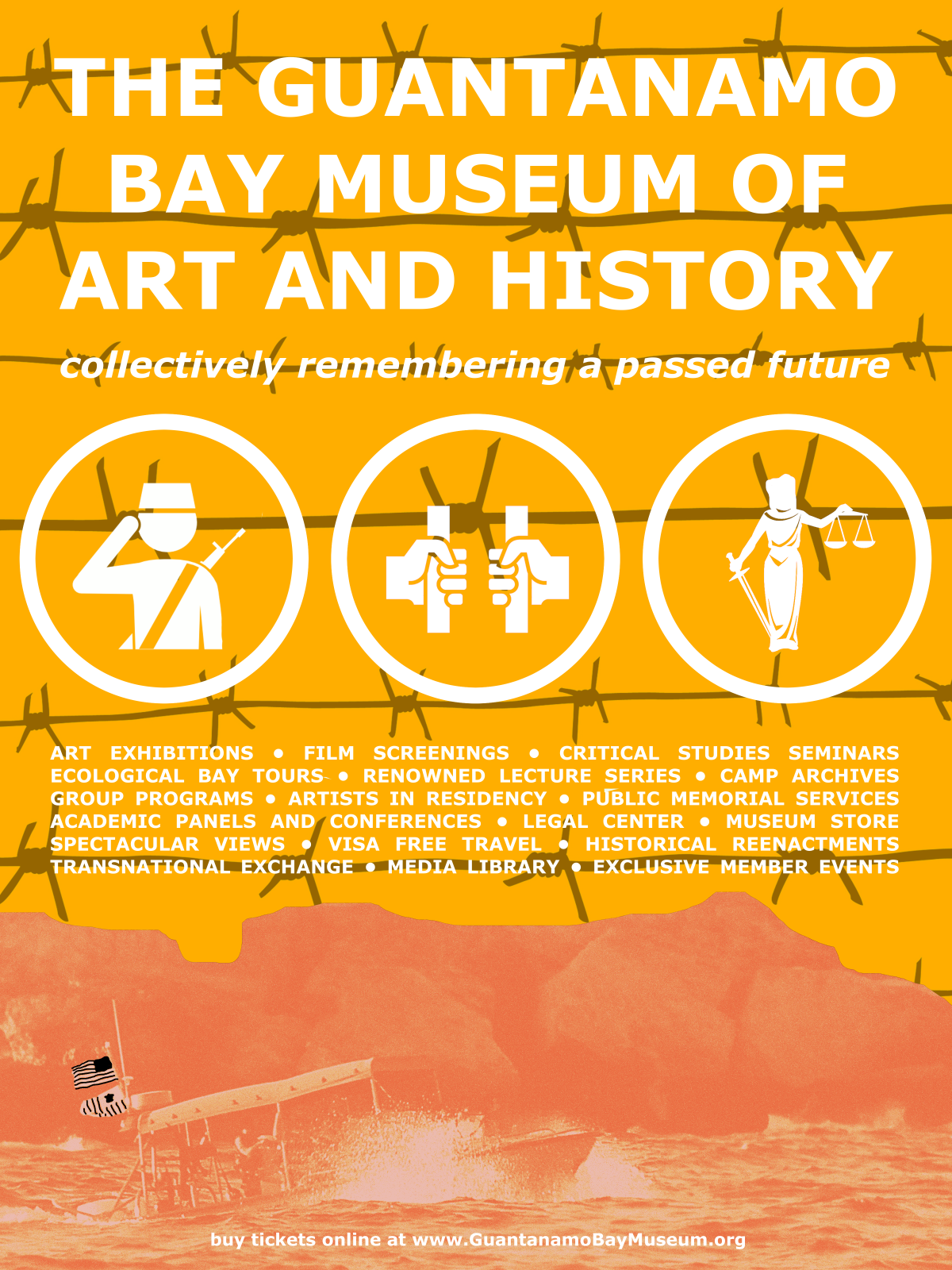 The Guantanamo Bay Museum of Art and History was inaugurated on August 29, 2012. An initiative of the artist, theorist, and curator Ian Alan Paul, the site is a mockinsitution, a fictional entity at the “former” site of the Guantanamo Bay Detention Camp in Cuba (see: conceptual edifices). The Museum’s mission is publically described as one of commemoration; it is a site dedicated to remembering the prison that was active between 2002 and 2012, before it was permanently decommissioned and closed. The museum features a large number of facilities at its site, including the Tipton-Three Exhibition Space (in reference to the collective of British citizens held for three years in extrajudicial detention), and the Jumah al-Dossari Center for Critical Studies (al-Dossari, who spent three and a half years in solitary confinement, was released without prosecution following five years of imprisonment). As a part of the project, the museum is also featured as an official location on Google maps, where it can still be found (see: postartistic times).

The report presented in exhibition consists of four posters and one film work licensed by the Museum of Modern Art for the duration of the exhibition. Courtesy Ian Alan Paul. 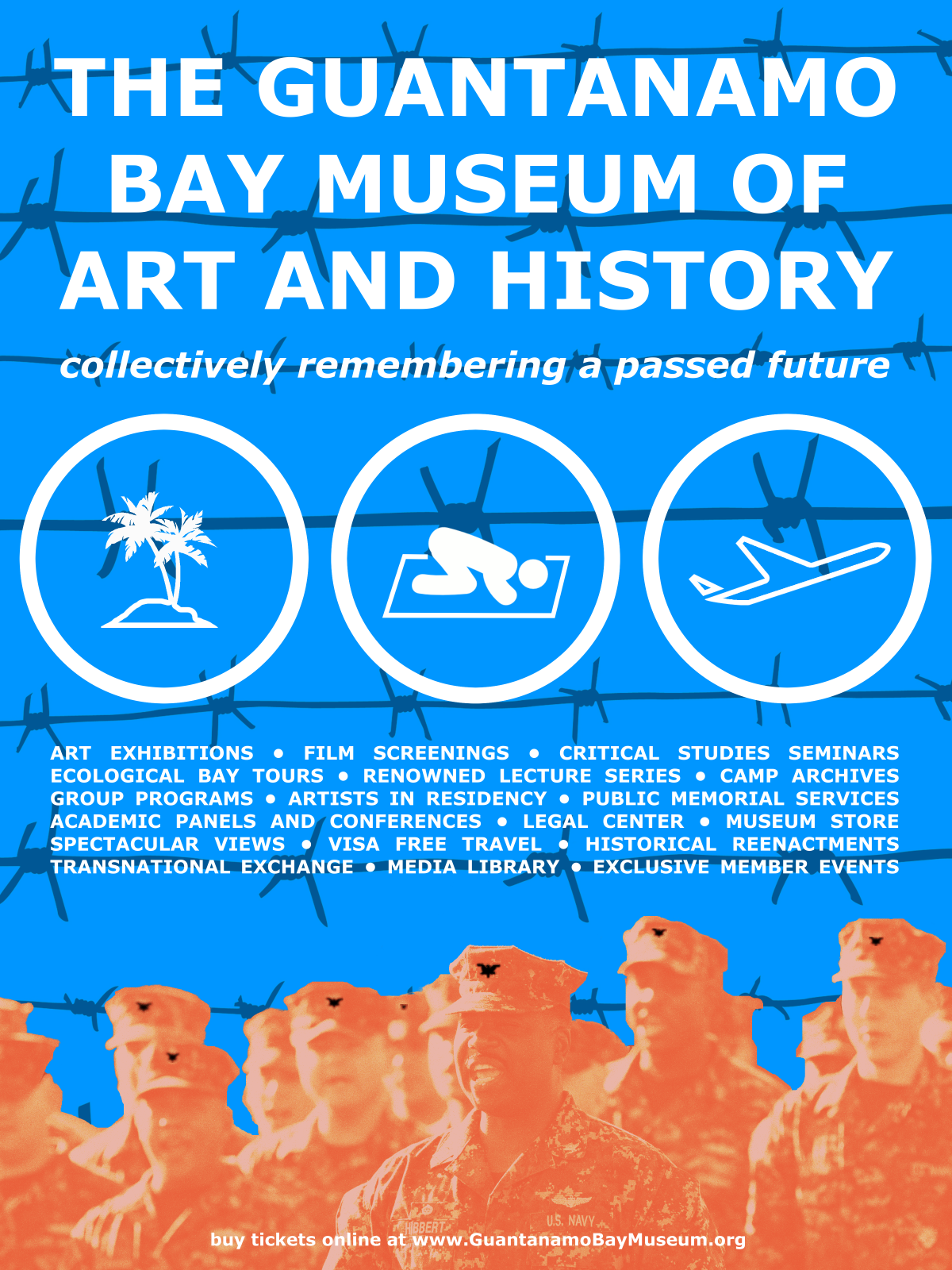