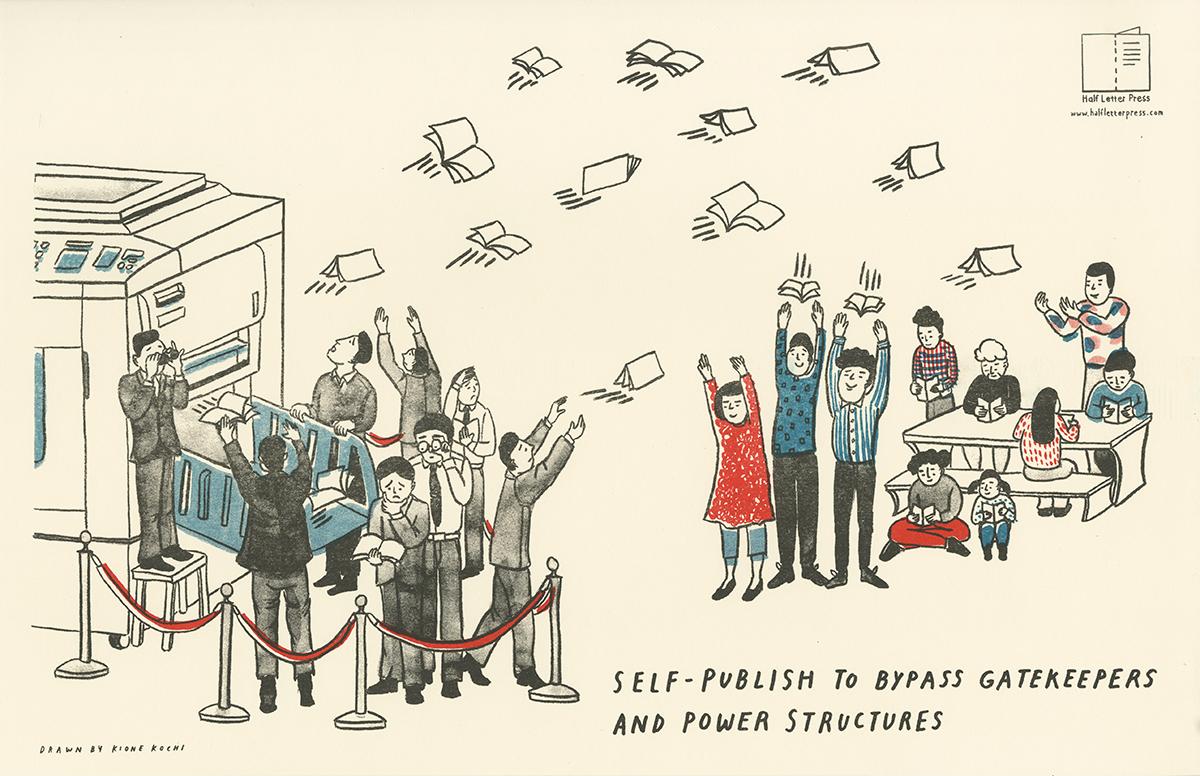 Temporary Services (TS) are one of the most recognized artistic collectives promoting multiplication and support for artistic habitats (plausible art worlds). The members of TS currently include Salem Collo-Julin, Marc Fischer, and Brett Bloom (whose petro-subjectivity diagram is also presented at the exhibition). Their trademark is an emphasis on building (or co-opting) infrastructure. They establish cooperatives, publishing houses, open workshops, and studio teams offering temporary services to other artists and wider groups of users. They thus actualize their principle that independence is always a product of interdependence. For TS, autonomy (artistic or otherwise) is generated by systems of mutual support. TS launched their activity in 1998 in Chicago. Then they began to operate an experimental exhibition space in a working-class part of town. On an old storefront they wrote only “Temporary Services” – the better to melt into the surroundings while underlining the social context of their artistic activity. Since then they have coproduced a number of projects, exhibitions, and publications. Most of them operate on a 1:1 scale, for example Half Letter Press, which is both an artistic project and a fully functioning publishing house. Their publications include art books, but also albums documenting examples of grass-roots creativity and spontaneous beautification projects. This is another example of how TS embody their own principle that any differences between professional and amateur art, sanctioned and spontaneous creativity are entirely immaterial.

The report presented in exhibition consists of a collection of graphics that outline the operating principles and values driving Half Letter Press purchased by the Museum of Modern Art in Warsaw in February 2016.