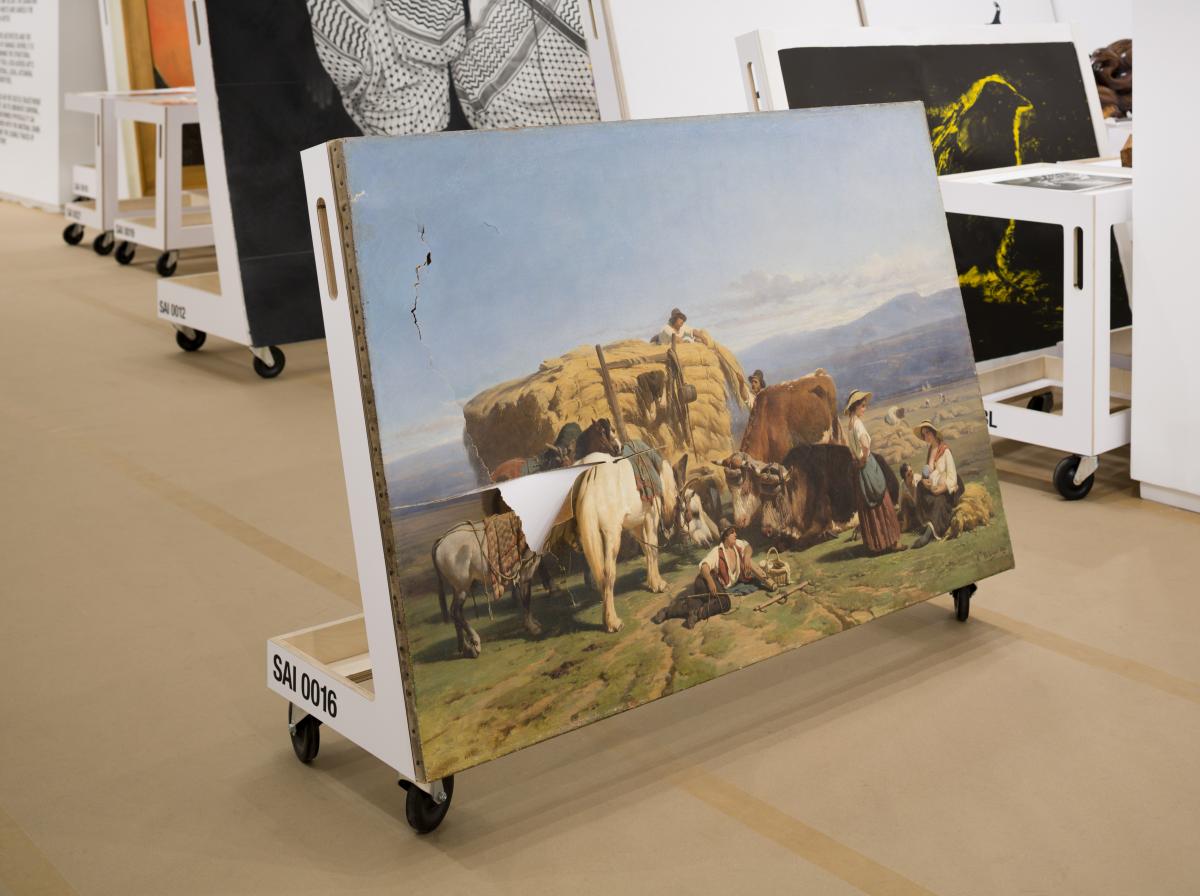 Salvage Art Institute was founded in New York in 2009 at the initiative of the Polish artist Elka Krajewska. The institute handles “no longer art” – damaged items declared by insurance adjusters to be a “total loss,” and consequently “cancelled” and withdrawn from circulation in the art market (see: coefficient of visibility). Former works of art fill insurance companies’ warehouses around the world (in certain countries, such as Poland, they are most often collectively destroyed). SAI, in cooperation with education and research institutions (GSAPP Columbia University, Material Matters of University of Chicago, The ISP Whitney Museum Curatorial Program) examines the legal, intellectual, and economic consequences of invalidating works of art; the circumstances in which some of these items leave the warehouse and return to the market; the relationship between artists and their cancelled works; and whether from a legal point of view such a work can “come back to life.” (see: coefficient of art). SAI’s activity was popularized via Ben Lerner’s novel 10:04 (2014), in which the organization appeared under the name Institute for Totaled Art. Selected works of “no longer art” from the SAI collection – including SAI 0044L (a former diptych by Wilhelm Sasnal) – are presented at the exhibition. The process of obtaining more items has been launched with the participation of insurance companies in Poland.