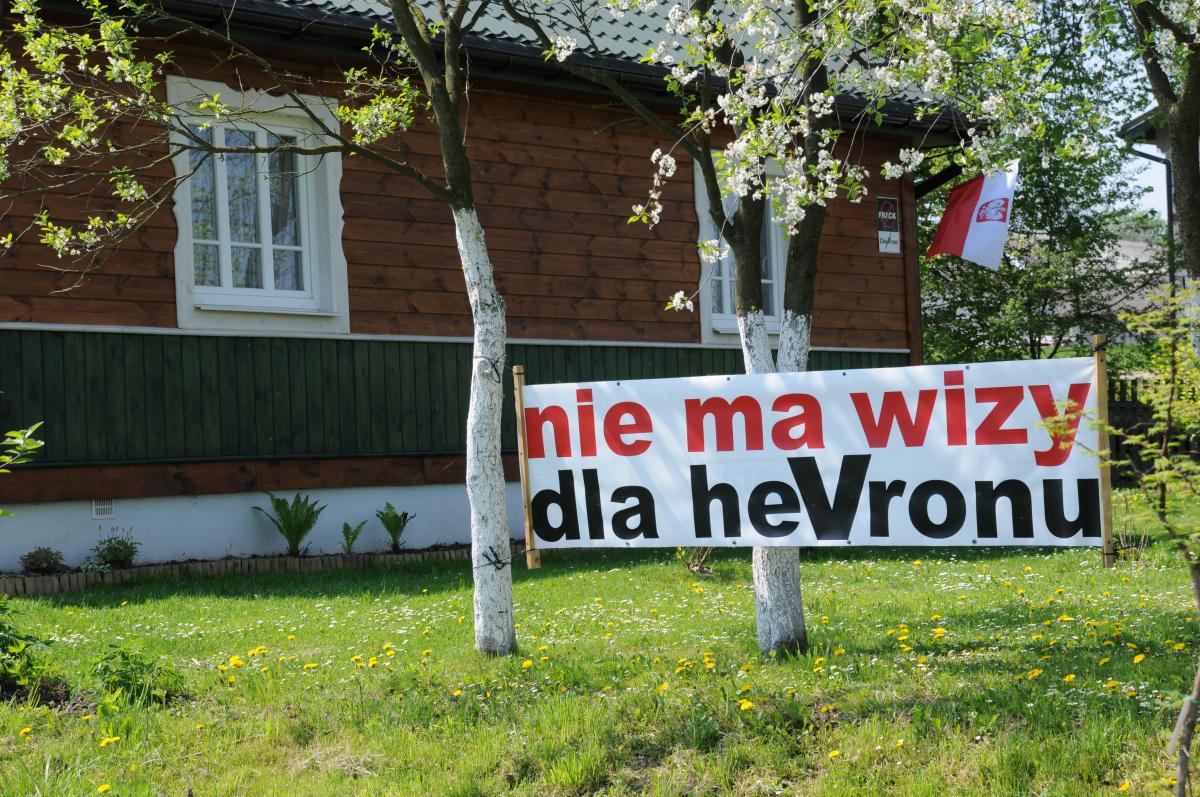 Occupy Chevron was a movement of social protest initiated by the residents of Żurawlów, who, with the support of various activist groups, conducted a successful four hundred-day protest against the Chevron corporation, which was prospecting for shale gas in the village. The prolonged resistance and fight for their rights not only facilitated the formation of a new type of community, but also provoked situations with a high coefficient of art. During the protest, Żurawlów became a site of many art actions that accompanied the daily struggle and cooperative efforts of the local residents. The town hosted World Peace Days, an independent music festival with “common good” as its lead theme. One of the most interesting strategies employed by the protesters was the hacking of the company’s visual identity, along with its logo and name; the protesters intentionally added errors to avoid accusations of illicit trademark use. For a limited period, there was also an alternative website of the business (with an incorrectly written name), containing information about the disastrous impact of its actions on the environment. During the four hundred days of the demonstration, many solutions surfaced to improve the functioning of the community, facilitate its organization, and enable feedback. Żurawlów exemplifies a positive story of resistance, where creative means of expression converged with the engagement of many groups in one of the longest protests in Poland after 1989.