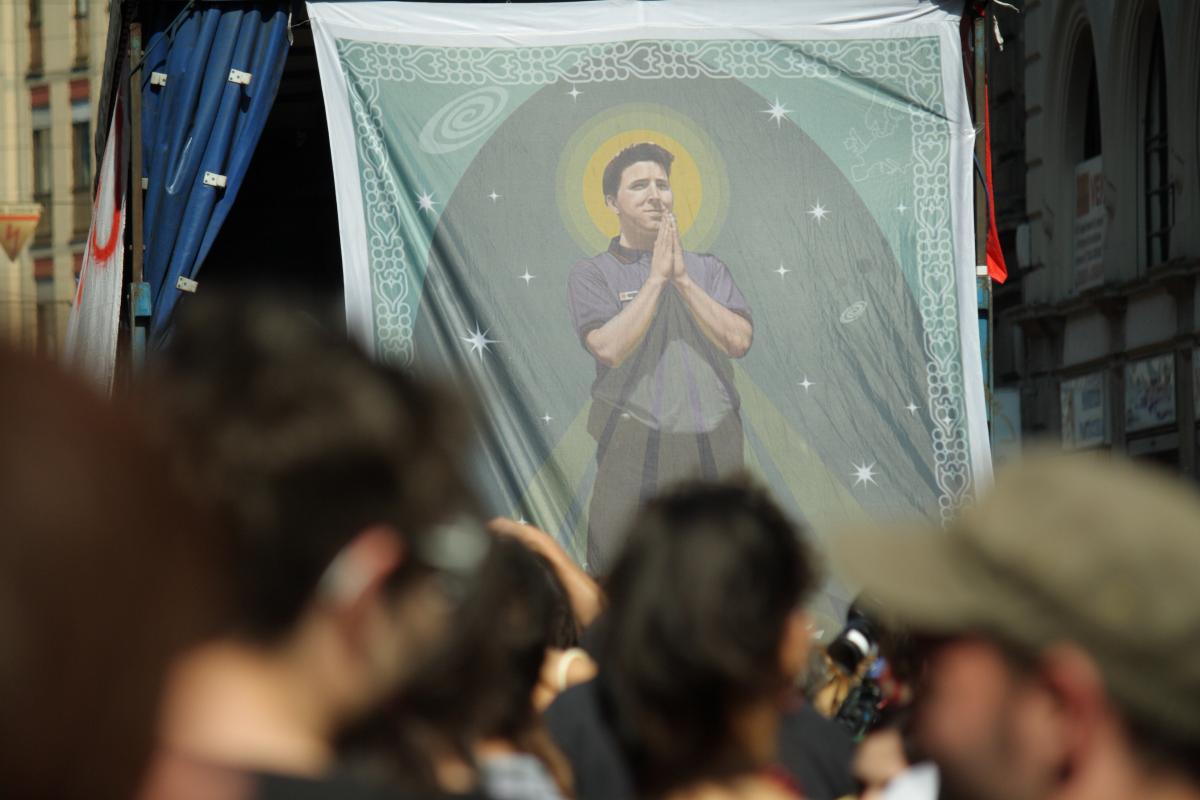 Accompanying workshops on paper decoration making, intended to beautify the figure of San Precario, will take place from 3pm – before the party celebrations commence.

The celebration accompanies the exhibition Making Use: Life in Postartistic Times

The art collective Zofia Dolna & sons heartily invites you to join in the celebration of the name day of San Precario, the patron saint of temporary workers. San Precario is invoked everywhere people live precariously, work on junk contracts, and are deprived of the means of a dignified existence. San Precario appeared for the first time in Northern Italy during the first decade of the twenty-first century, among activists of EuroMayDay movement.  A figure in the likeness of the Saint emerged simultaneously at demonstrations and processions, on posters and city walls. As homage to the spontaneous cult, the figure of San Precario is currently presented at the exhibition Making Use: Life in Postartistic Times. Due to the ephemeral character and innate modesty of the patron of the precariat, the name day of San Precario is celebrated once every four years, including 2016. To mark this occasion, the art collective Zofia Dolna & sons will host a feast in the name of San Precario. The celebration will feature a special curatorial tour of current exhibitions, as well as hymns, prayers, parlour games, songs, dances, and other activity dedicated to the Saint.