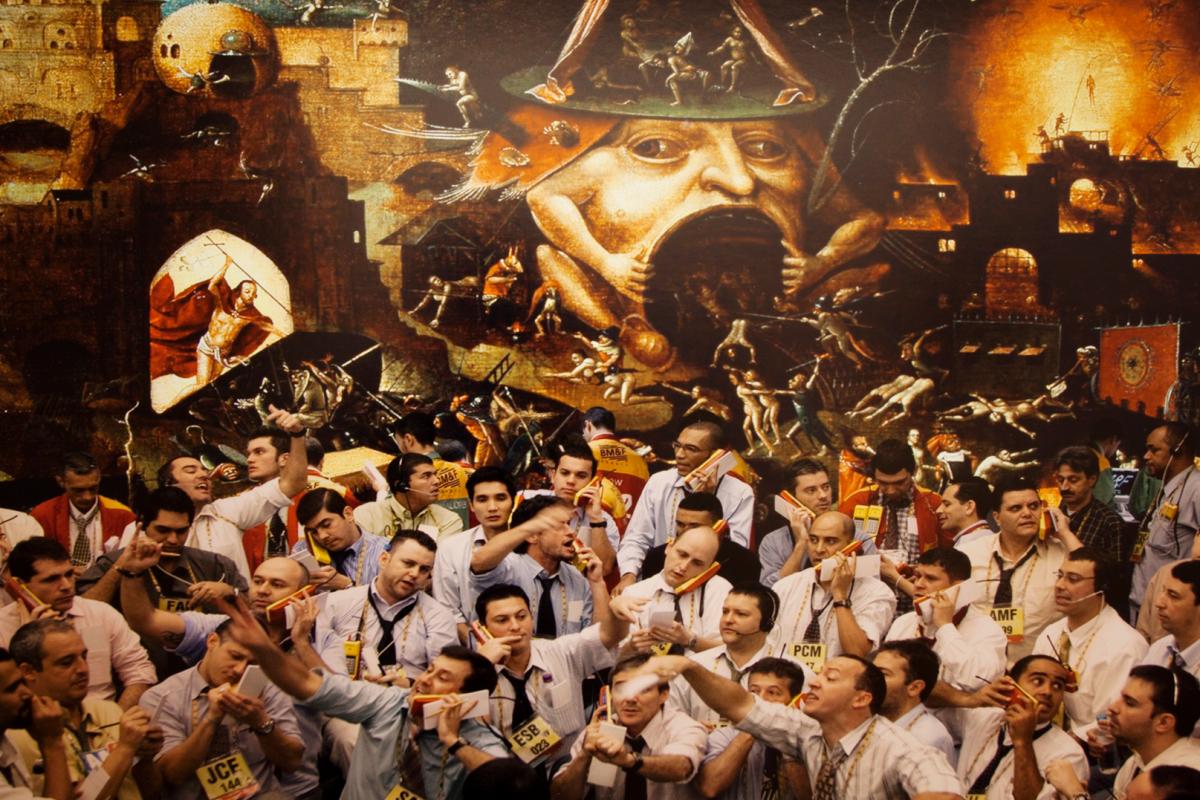 The Etcétera collective was formed at the beginning of 1998 in Buenos Aires. Its members are dedicated to developing different disciplines (poetry, theatre, visual arts, and music), and they take an autodidactic approach to a range of ideas dealing with the oneiric and political aspects of art and life. Petition to Pope Francis for the Final Abolition of Hell, 2014–2016 is an example of an action realized in 1:1 scale – an attempt to radically alter Roman Catholic dogma. The work is based on Errar de Dios (Erring from God), a participatory installation created on the occasion the 31st São Paulo Biennial. In 1998, the Argentine artist León Ferrari (1920–2013) sent a petition to John Paul II asking him to abolish Hell, “a place of endless torture and suffering to which the majority of mankind is condemned.” The Holy See in the Vatican refused to accept the petition, arguing that it was unable to abolish Hell. After the death of Ferrari (the connection between Etcétera and Ferrari is grounded in fifteen years of exchange between the two), and when the new Pope Francis was elected, the Etcétera collective decided to continue the mission to abolish hell by using their own artistic competence. Etcétera is collecting signatures to be sent directly to the Vatican, and waiting for a personal meeting between representatives of the collective and His Holiness.

The report presented in exhibition consists of the petition, Petition to Pope Francis for the Final Abolition of Hell 2014–16, and a petition book licensed by the Museum of Modern in Warsaw for the duration of this exhibition. Courtesy Etcétera.