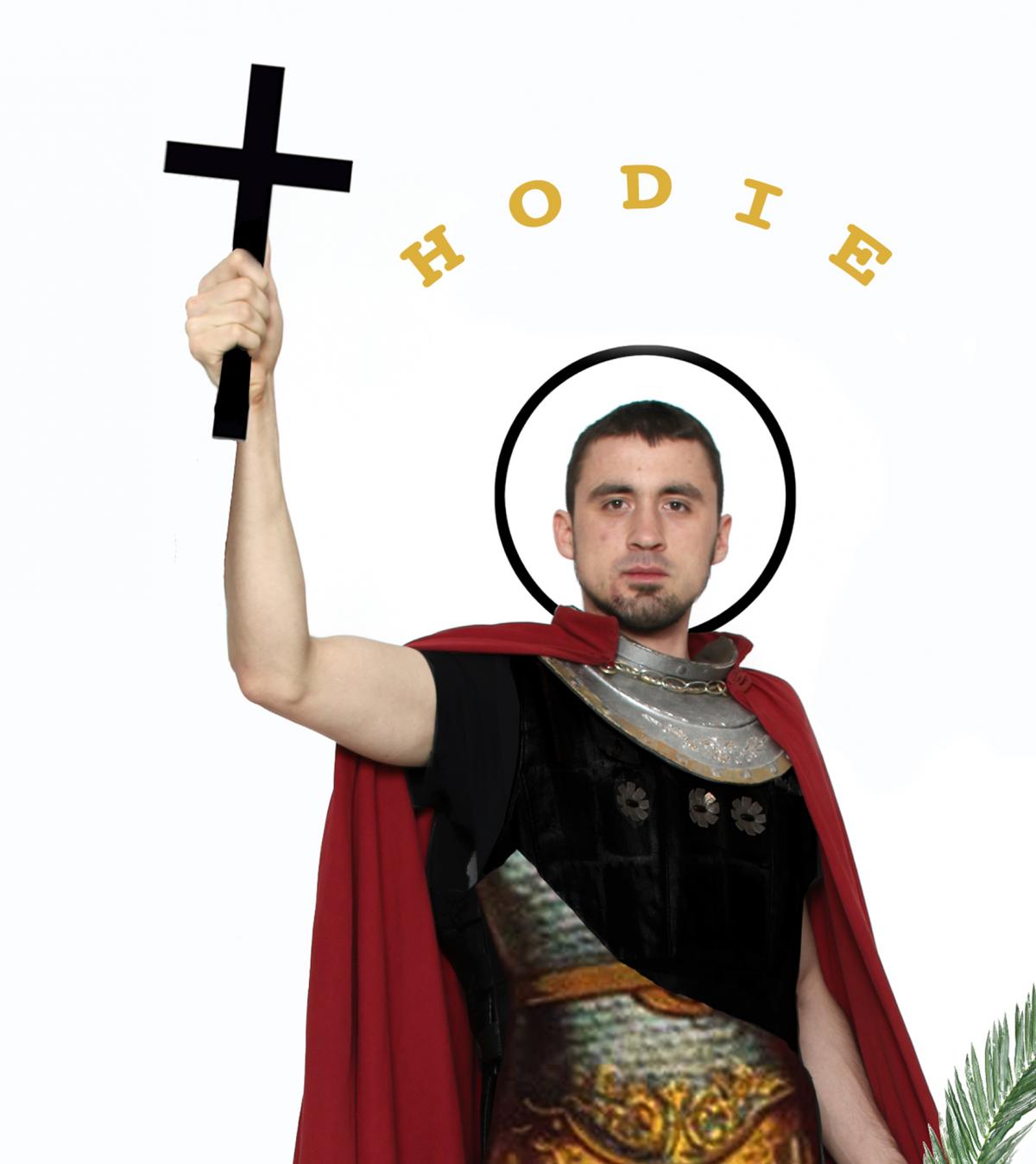 The concept for this banner began in a series of protests known as the “Green City.” For 129 days, a group of farmers set up a tent city and occupied a site across from the Polish prime minister’s office. It was a spatial expression of a conservative revolution, and it combined elements that displayed a high coefficient of art to communicate the group’s demands. Daniel Rycharski, embodying the role of artist/ethnographer, observed the situation for many days and conducted numerous discussions and art workshops (see: artistic competence). This led to an official request (by one of the groups of the NSZZ Solidarność Rolników Indywidualnych [Solidarity National Trade Union of Individual Farmers]) to create a banner to serve as a tool of identity, and if needed, as a protest object. Sztandar św. Ekspedyta (Banner of St. Expeditus) is not just an attempt to update old iconographic presentations, it is an image drawn from the Catholic imaginarium to convey a political meaning that builds the trade union’s identity, based on an image of martyrdom and courage. As the trade unionists indicate, it is an object for reinvigorating spiritual strength. It is also an interesting illustration of the complex relations that contemporary artists may enter into when they assume, for example, the role of mediator between the field of contemporary engaged art and a trade union organization of Catholic Nationalist character (see: habitat).

The report presented in exhibition consists of two banners, both titled Sztandar św. Ekspedyta 2015-2016; one was commissioned by the Museum of Modern Art in Warsaw, one was produced for the NSZZ Solidarność Rolników Indywidualnych. Both will be displayed for the duration of the exhibition. Courtesy Daniel Rycharski.