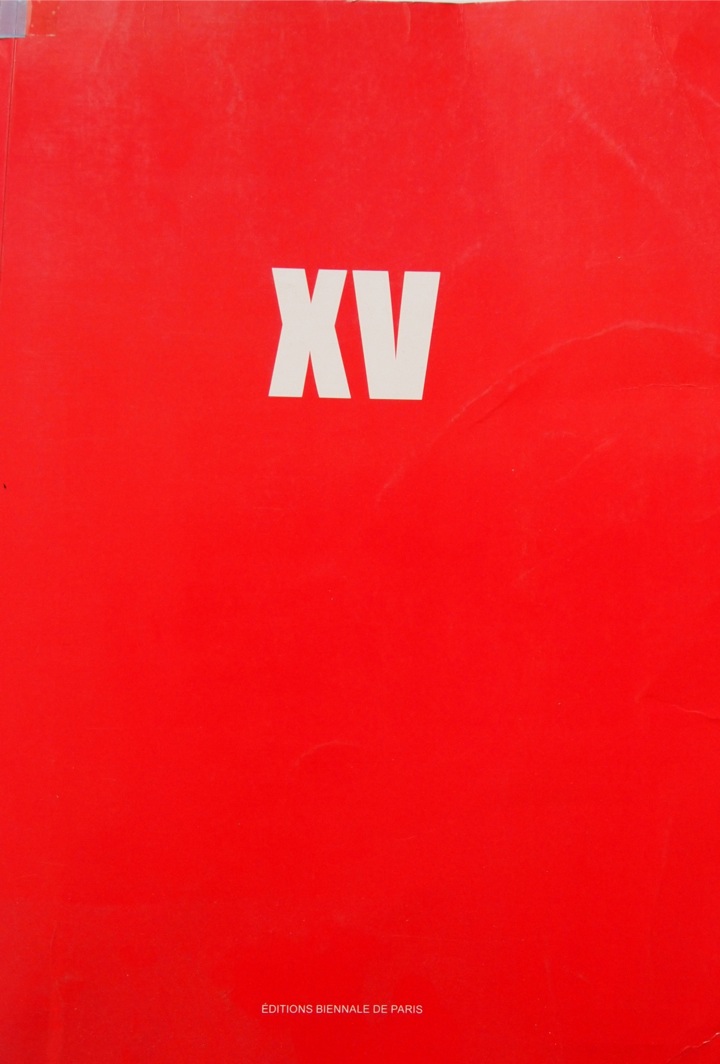 The Biennale de Paris was founded in 1959 at the initiative of the minister of culture at the time, André Malraux, to promote young international art. The biennale was held regularly until 1985, but due to competition from other periodic exhibitions and the market, it was suspended. An unsuccessful attempt, which would have been the 14th edition, was made to reactivate it in 2004. The 15th Biennale de Paris was held without the permission – and at first, even the knowledge – of the organizers, leading to litigation that was ultimately settled. The biennale team, whose members included Stephen Wright (author of Toward a Lexicon of Usership) tackled the question: How much can be “subtracted” from a work of art while still regarding it as a work of art? The name and the (waning) fame of the Biennale de Paris was used to conduct a radical operation on the format of the exhibition. The project was aimed at dismantling three major conceptual edifices that enable the “recognition” of institutionalized art: materiality, authorship, and audience. The works presented over the two years of the biennale (2006–08) were based on the absence of at least one of these elements; thus the works could be immaterial, or inaccessible to the public, or the author could be unknown or undisclosed. About a hundred projects were “presented” over the course of the biennale, including twenty-nine from outside of France. Their final (and often only) materialization is the book that summarizes the project, presented in exhibition. The “hijacked” edition of the Biennale de Paris had a huge influence on its further development, and since then the exhibition has focused on issues such as “invisible art” or “inartistic art.”

The report presented in exhibition consists of one copy of XV BIENNALE DE PARIS, published in 2007 and loaned to the Museum of Modern Art for the duration of the exhibition. Courtesy Stephen Wright.