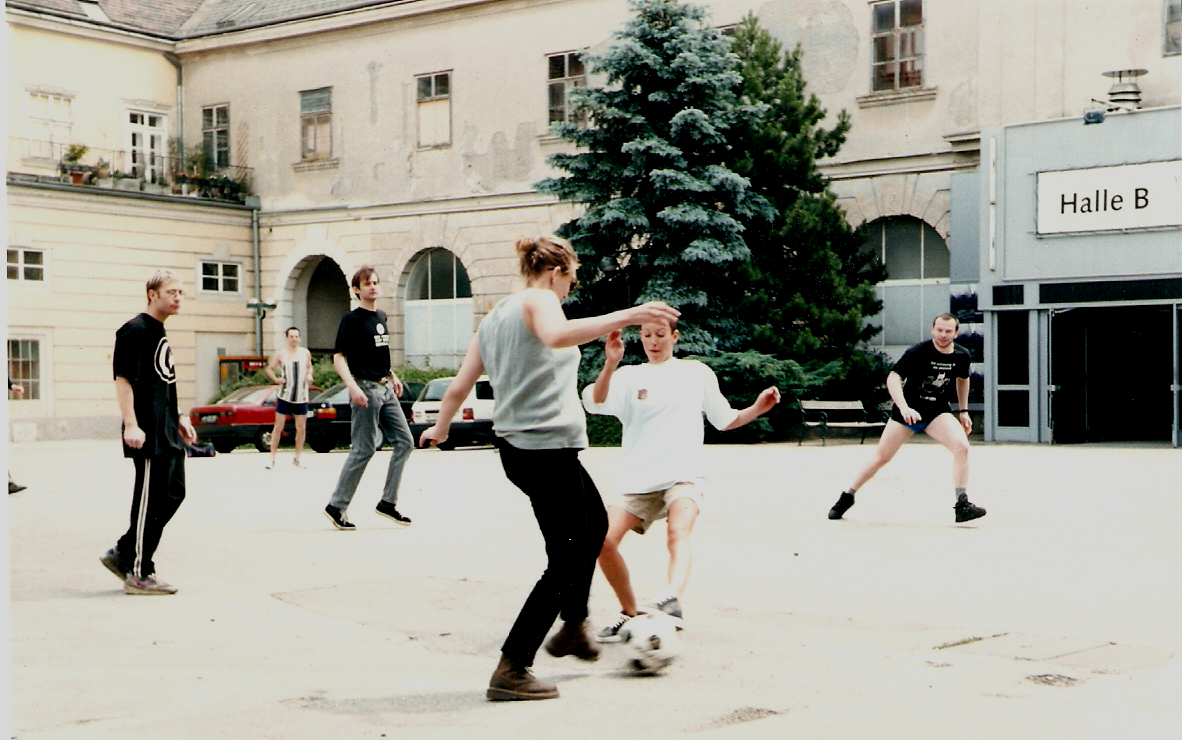 The Association of Autonomous Astronauts is an international organization whose goal is to build a spaceship and “establish a planetary network to end the monopoly of corporations, governments, and the military over travel in space.“ AAA was founded in 1995. Its members (described by writer Tom Hodgkinson as “a loose bunch of Marxists, futurists, and revolutionaries on the dole”) show up at scientific conferences, organize conventions, street protests and raves, and specialize in media hoaxes (see: artistic habitats [plausible art worlds]). The completion of the organization’s first phase of activity was marked at the 2000 conference of the paranormal journal Fortean Times. A game promoted by AAA is three-sided football, based on a concept by the Danish situationist Asger Jorn. It is a philosophical/political struggle (alluding to triolectics ­– three-valued logic) in which the teams represent different social classes. The winning team is the one that concedes the fewest goals. The contemporary rules of the game are credited to Luther Blissett, the fictional artist regarded as one of the ideologists of AAA and whose portrait is also presented at the Making Use exhibition.

The report presented in exhibition consists of a poster, a model boardgame for playing three-sided football in accordance with rules written by Luther Blissett and produced by the Museum of Modern Art in Warsaw in March 2016, as well as a match played at Warsaw’s Plac Defilad at a date to be announced in the near future.