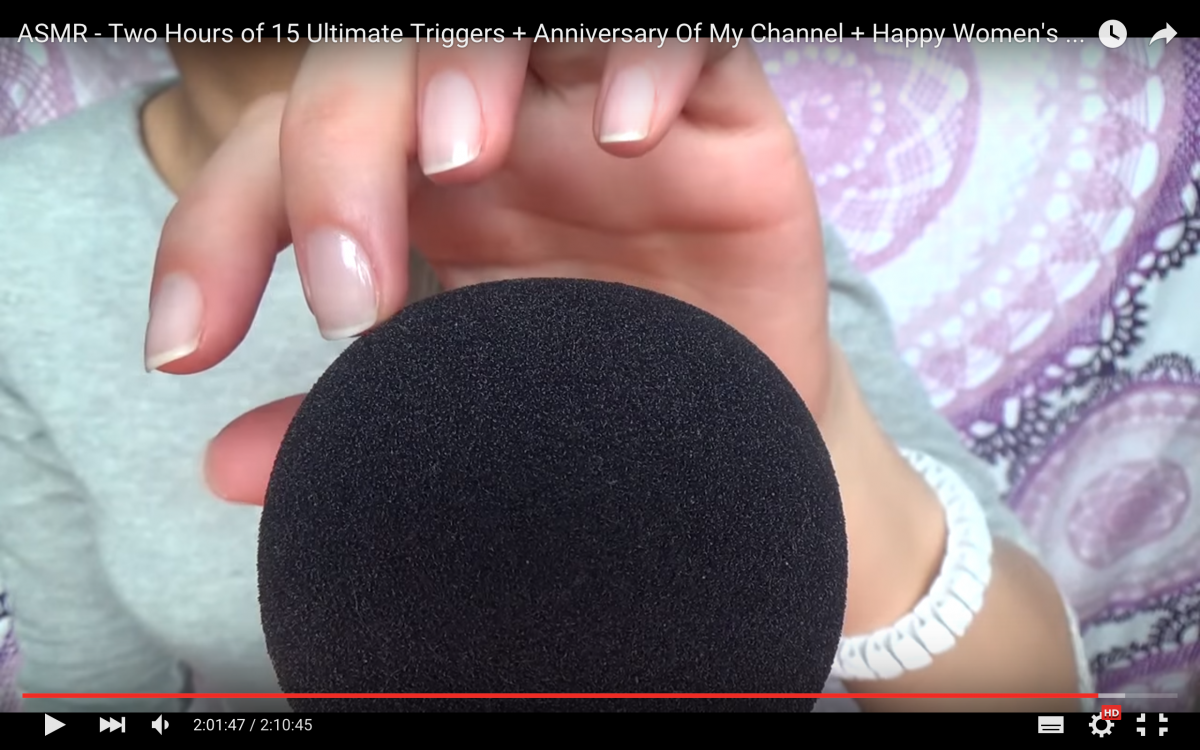 On March 26, 2009, a YouTube user with the login WhisperingLife uploaded a film entitled Whisper 1 – hello! which generated huge interest among people experiencing autonomous sensory meridian response (ASMR). So far the existence of ASMR has never been scientifically confirmed (probably because of its indefiniteness, the individuality of responses, and the susceptibility to specific “frequencies”). Nonetheless, several million people around the world claim to feel a sensation characterized by a pleasant tingling, twitching, and pulsing in the region of the head and the nape of the neck, relieving stress and improving the quality of their sleep. Thousands of films can be found on the Internet that help trigger this response. ASMR films record people whispering or speaking softly while performing mundane tasks, such as folding and shelving items, brushing their hair, opening packages, ironing shirts, and so on. Additional sounds are also essential, such as scrubbing and scraping, or the sounds of a dryer, scissors, pouring water or the like. Fetishistic or openly erotic films are removed from ASMR channels. The nature of ASMR productions calls to mind the language of camera performances from the field of visual arts (see: coefficient of art). This phenomenon is now quoted in the works of such artists as Claire Tolan and Agnieszka Polska, and in electronic music, e.g. on Holly Herndon’s disk Chorus from 2015 (see: cross-pollination).

For the audience, the language in which an ASMR film is recorded is secondary. A Polish woman appearing as Anna is popular among Internet users all over the world – her viewers praise the “rustling” quality of the Polish language, harmonizing with their autonomous sensory response. Anna herself admits a fascination with Korean ASMRtists.