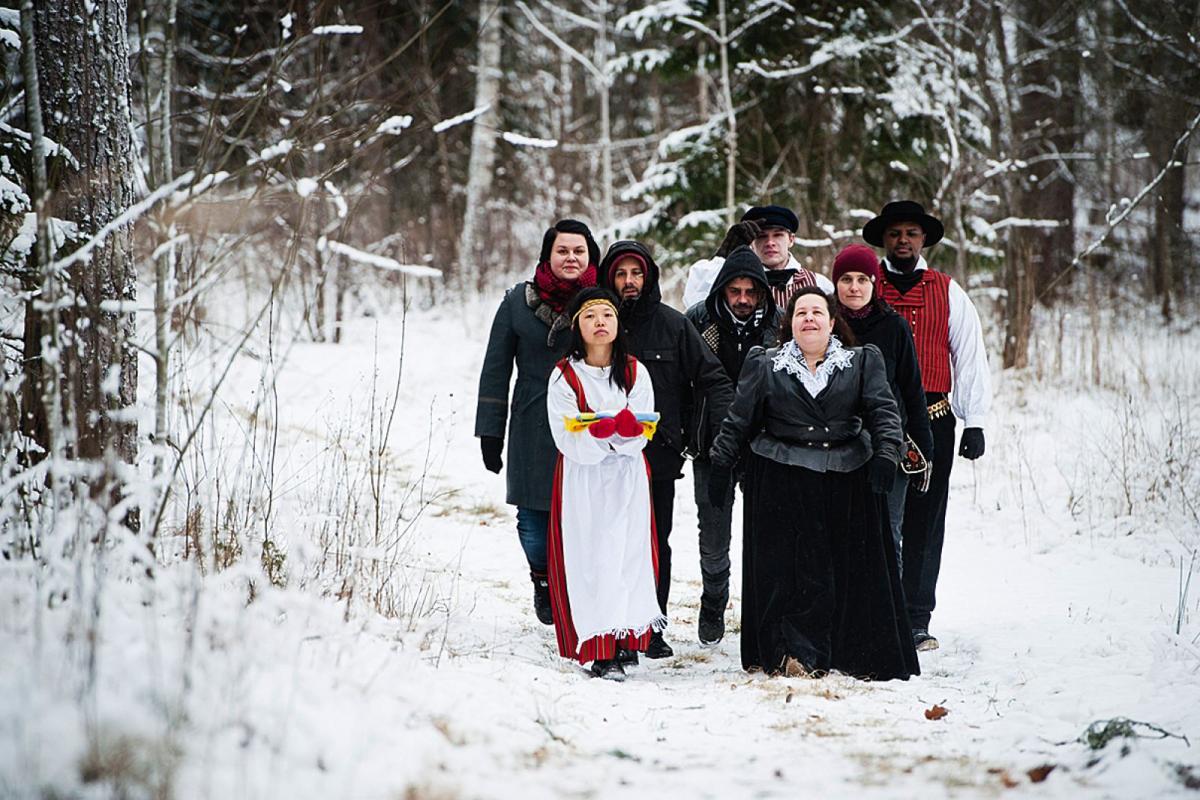 Yael Bartana, still from “True Finn”, 2014, courtesy of the artist

Yael Bartana: A meeting with the artist and a screening of the movie True Finn (2014)
May 1 (Sunday), 6.30PM
Moderated by Joanna Mytkowska
Discussion and film screening
Auditorium of the Emilia Pavilion
Museum of Modern Art in Warsaw, Emilii Plater 51

A meeting with Yael Bartana, which will be moderated by Joanna Mytkowska, and a screening of the movie True Finn, which documents a participation project carried out in 2014 in Finland. Yael Bartana invited a group of people representing various ethnicities, religions, and political views to live together in a remote house in the forest. The purpose of this gathering was to create a temporary, utopian movement, as well as to ask questions related to the inclusive and exclusive properties of the Finnish national identity. In a wider perspective, the goal was to reflect upon the state of the European community as a political project.

Yael Bartana was born in 1970 in Kfar Yehezkel, Israel. She focuses on film, photography and video, and sound installations. She is the author of numerous individual exhibitions organized at PS1 in New York, Moderna Museet in Malmö, the Center for Contemporary Art in Tel Aviv, Kunstverein in Hamburg, Van Abbemuseum in Eindhoven, and Fridericianum in Kassel, among others. Bartana has also taken part in group show such as Manifesta 4, Frankfurt (2002), the 27th Sao Paulo Biennial (2006, 2015) and Documenta 12 in Kassel (2007). Her works completed in Israel deal with the issues of how war, military rituals, and the feeling of threat influence daily life. Between 2008 and 2011 the artist worked in Poland, making movies on the history of Polish-Jewish relations and its influence on Polish identity today. Yael Bartana represented Poland at the 54th Venice Biennale. She has received many awards, including Artes Mundi 4 (Wales, 2010), the Anselm Kiefer award (2003), Prix Dazibao (Montreal, 2009), Prix de Rome (Rijksakademie Amsterdam, 2005), Dorothea von Stetten Kunstpreis (Kunstmueum Bonn, 2005), and the Nathan Gottesdiener Foundation Israeli Art Prize (2007).