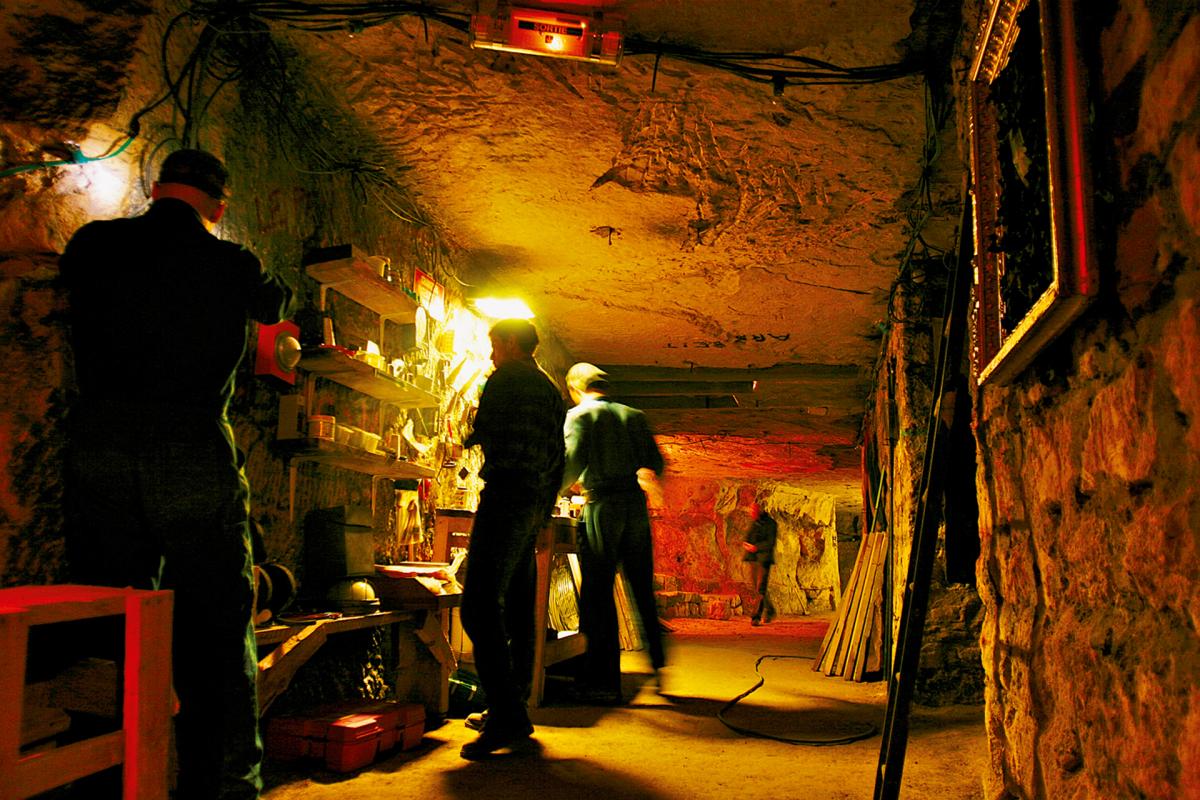 Les UX/The UX (for Urban eXperiment) is an underground organization that improves hidden corners of Paris. Beginning in September 1981, the founders of the group stole plans of the many underground passageways and tunnels for which Paris is famous (see: 1:1 scale). Using these information venues as a base, the group has restored much of the underground infrastructure and has carried out over a dozen other projects, including those which the French government has chosen not to do, or for which they lack funds (see: artistic dark matter). The group’s membership is largely secret and divided into teams: an all-female team (the Mouse House) specializing in infiltration, a team running an internal messaging system and coded radio network, a team providing a database, a team organizing underground shows, a team for photography, and a team (Untergunther) undertaking restoration (see: artistic competence). Untergunther’s membership includes architects and historians. In October 2007, they received attention for a project, assisted by professional clockmaker Jean-Baptiste Viot, to clandestinely restore the famous clock in the Panthéon. The Parisian authorities oppose the group’s actions, and have started a police unit to track them through the sewers and catacombs of Paris in an attempt to apprehend and charge them.

The report presented in exhibition consists of documentation of the activity of the collective, provided to the Museum of Modern Art in Warsaw for the duration of the exhibition. Courtesy Les UX.