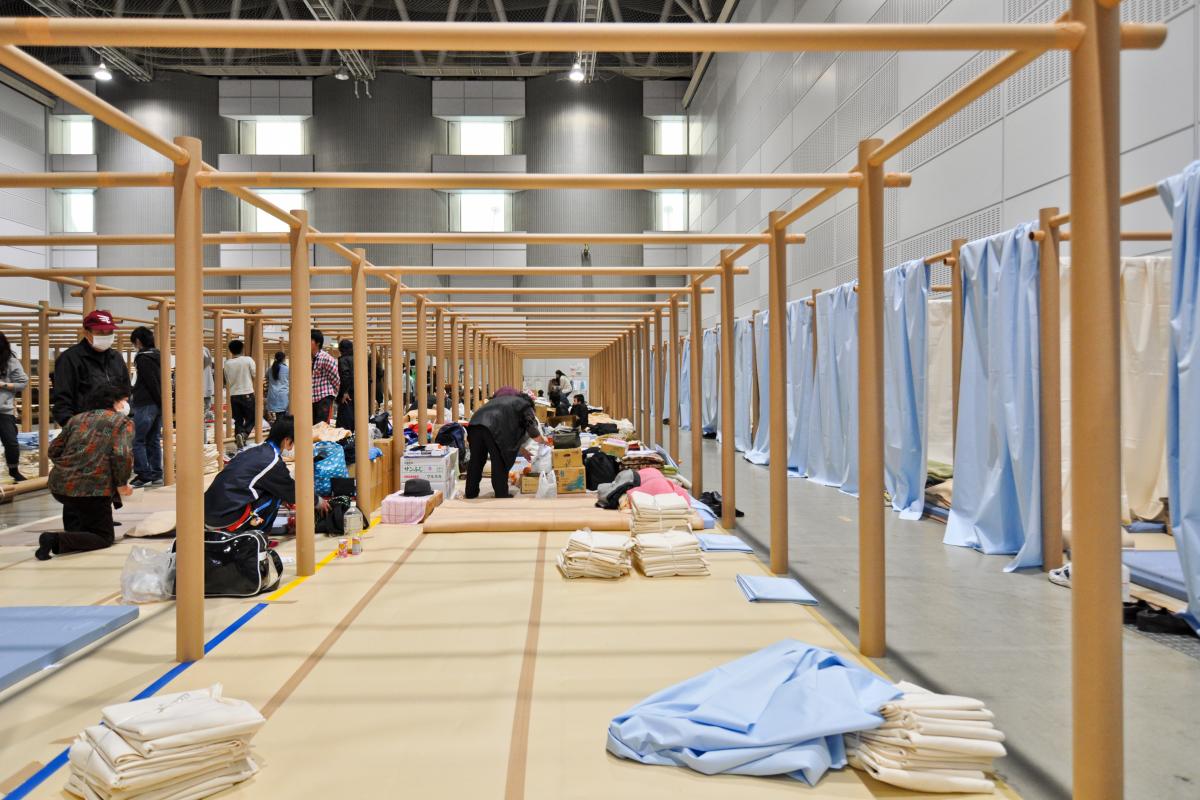 Shigeru Ban is a Japanese architect known for innovative work with paper, particularly his use of recycled cardboard tubes to quickly and efficiently house disaster victims. In 2014, Ban was named the 37th recipient of the Pritzker Architecture Prize, the most prestigious prize in modern architecture. The Pritzker Jury cited Ban for his innovative use of material and his dedication to humanitarian efforts around the world. “The paper partition system, invented by Shigaru Ban, was first implemented in 2004 after an earthquake in Niigata, Japan. Utilizing white cloth for partitions, joints were made of plywood, and ropes were used for braces. Simple cardboard sheets were offered for insulation and to create a border between families who craved privacy from their neighbors. Initially, the cardboard was only used to cover the floor, however after the number of evacuees decreased, the cardboard was used to create partitions for night-time privacy. Shigeru Ban Architects adapted and tweaked the initial honeycomb board design, changing it out for a strut- beam structure using paper tubes. The change in material provides a quicker response and convenience at any site. Dimensions were also standardized at 180cm, and because it is nearly impossible to forecast partition demand, low cost and high speed were the priorities in 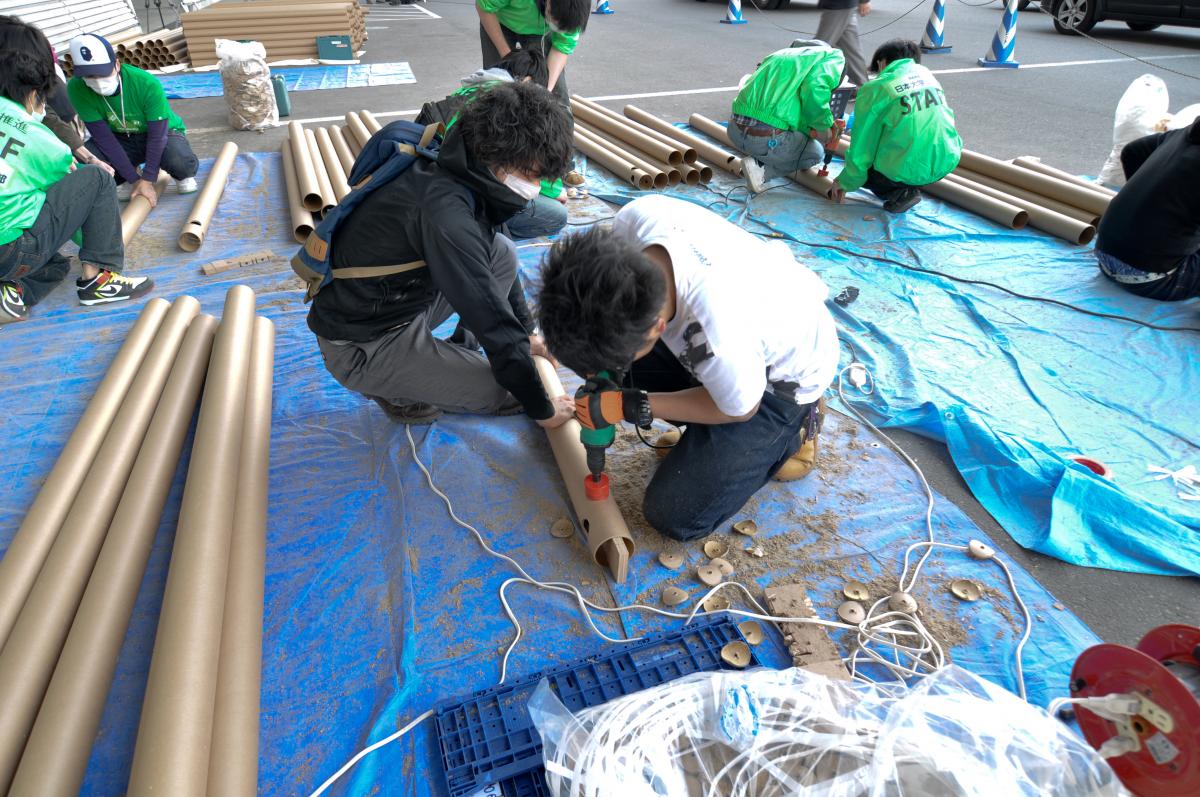 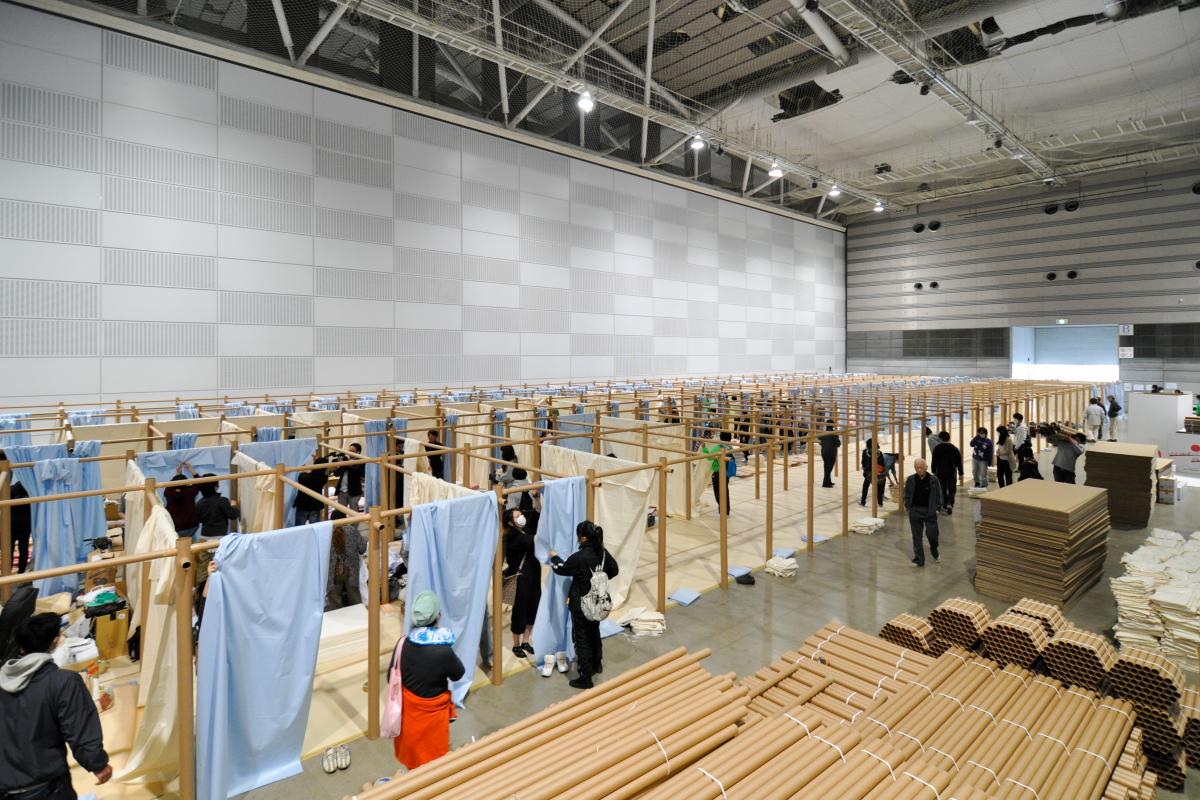