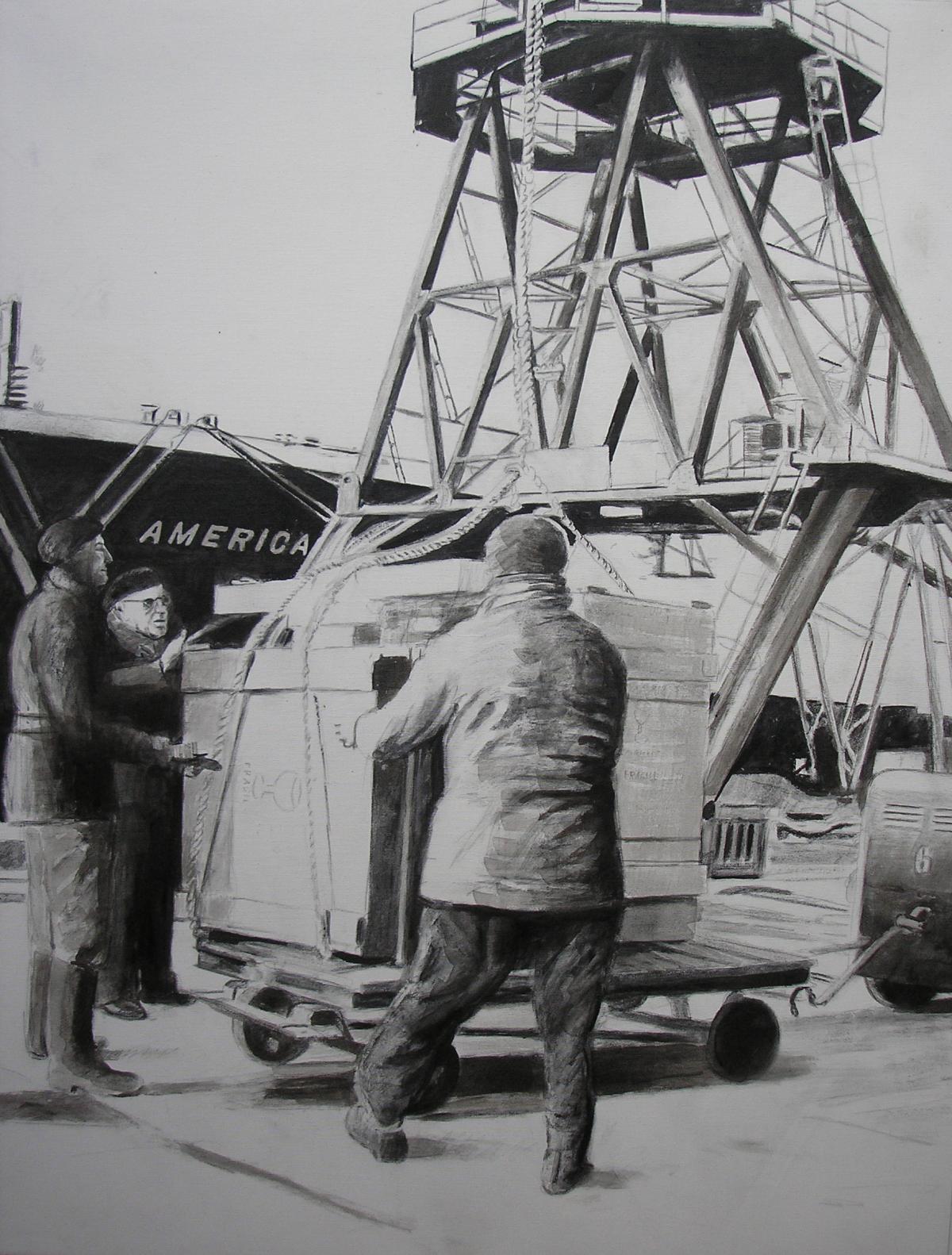 The Museum of American Art in Berlin is not a typical art institution designed for presenting art from a given cultural region. Rather, it is a conceptual practice framed as a quasi-institution, a contemporary, ironic, and entirely self-aware reconstruction of a specific, historical museum model (see: conceptual edifices). The authors of this initiative are involved in reconstructing landmark exhibitions organized by the Museum of Modern Art in New York in the 1930s and after the Second World War. Shows such as Modern American Art and The New American Painting toured Western Europe and consolidated the common image of modern art, simultaneously creating a canonic version of its history – written, of course, from the American perspective. Berlin’s MoAA reproduces the exhibitions, creating copies of large-scale paintings of masters such as Pollock, De Kooning, and Rothko. It focuses not just on displaying art, but also on displaying exhibition practices and presenting (slightly outdated) art historical narratives as if they were ready-made objects to be used in the construction of an exhibition. Additionally, they paint copies of the covers of the original catalogues and posters on canvas, thus recalling Walter Benjamin and his theories on reproduction and repetition. All of this serves the deconstruction of the established story of modern art and how its canon is described.

The report presented in exhibition consists of a selection of images licensed for the duration of exhibition: the painting What is Modern Painting?; a painting of a catalog cover; a watercolor copy of a Pollock painting; a drawn portrait of Dorothy Miller; eight MoMA publications; and a copy of LIFE magazine loaned to the Museum of Modern Art in Warsaw for the duration of exhibition. Courtesy Museum of American Art.