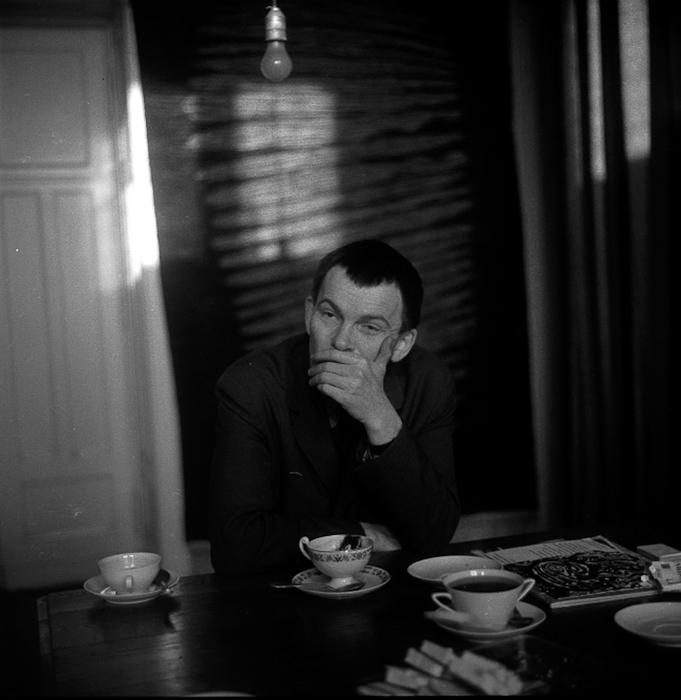 Jerzy Ludwiński (1930–2000) was a theoretician, a lecturer, and an advocate for art practices in which, “instead of making art objects, [artists] simply produce their writings, which serve as the basis for the materialization of the objects.” Ludwiński was a co-founder of the avant-garde art group Zamek in Lublin and an editor of Struktury, a visual arts supplement to the Lublin-based cultural magazine Kamena. Involved in the organization of the Nationwide Symposium Puławy ’66 and the formulation of the program of the Muzeum Sztuki Aktualnej, Wrocław (Museum of Current Art, Wrocław), a “museum of play,” he is considered to be the co-author of the Polish conceptual movement. Ludwiński anticipated the need for a completely new art that would be totally immaterial and independent from institutional support. He divided the development of art into six phases; we are currently in the fourth, the stage of meta-art, which absorbs reality. Eventually we will arrive at the zero phase – art which absolutely cannot be shown in a conventional manner (for instance at an exhibition), it can only be “implied.” Ludwiński wrote repeatedly about the postartistic times in which we to live and work, indicating the cross-pollination between art and other disciplines. He explained, “The more the territory of art is shrinking, the more art is encroaching upon the territories of the apparently victorious disciplines. […] Art enters so much into the territory of science and technology that they become indistinguishable; the products of new realism and dada cannot be distinguished from commonplace objects and natural things.” Ludwiński often used drawings to convey his ideas, and his notebooks and lecture typescripts are filled with diagrams, illustrations, and graphs. Some of them are presented in this exhibition.

The report presented in exhibition consists of hand-drawn diagrams loaned to the Museum of Modern Art in Warsaw for the duration of exhibition. Courtesy Centre for Contemporary Art – Ujazdowski Castle.