The Order of the Third Bird 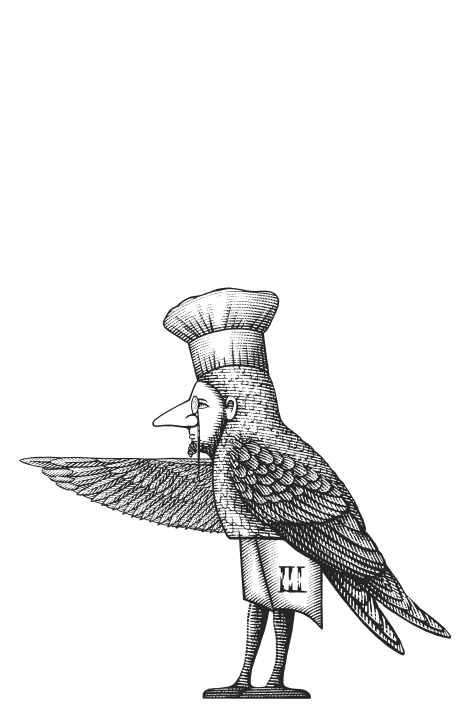 The Order of the Third Bird takes its name from the following apocryphal tale: Zeuxis, a skilled painter, completes an image of a boy carrying grapes. He then leaves it outside and hides in the bushes to observe how the birds might treat it. Three birds approach. The first pecks at the fruit, and the second spies the boy, is frightened, and flies off. Zeuxis happily determines that with this painting he has finally achieved true verisimilitude. A third bird, however, stops in front of the painting and assumes a pose of contemplation, seemingly lost in thought. This third bird, the one who stops to contemplate a work of art, neither falling for it nor flying away, inspired the Order to formalize a practical esthesis in which an assembled body of viewers attempts to Encounter, Attend to, Negate, and finally Realize a made thing, focusing entirely on the object itself and not its history or meaning.
(source: And the Winner Is…)

The report presented in exhibition consists of the visual identification and six protocols of the Order of the Third Bird produced by the Museum of Modern Art in Warsaw in January 2016.