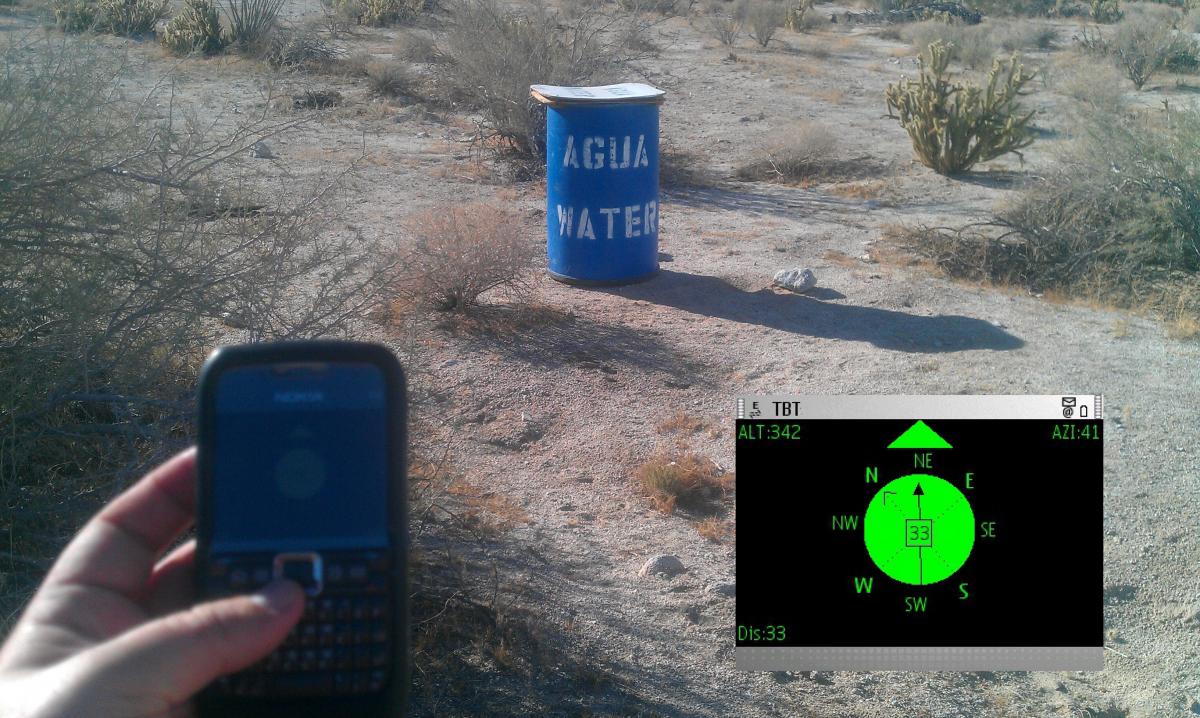 The Transborder Immigrant Tool is a cell phone hack produced by the Electronic Disturbance Theater (EDT)/b.a.n.g. lab, a performance art-cum-activist organization (see: cross-pollination) based at the California Institute for Telecommunications and Information Technology at the University of California in San Diego. It was developed in 2009 to assist individuals crossing the US-Mexico border – a harsh desert environment notorious for the volume of its crossings and the number of individuals who have perished during the attempted journey. Taking a cheap and readily available cell phone, equipped with a built-in GPS applet, members of the organization co-opted the program and rewrote its code to establish a basic compass-like navigation system capable of directing users to water left by volunteer groups and medical help centers (see: 1:1 scale). In the early stages of the project’s development, members of the group distributed these code-enabled cell phones directly on both sides of the border. Built-in to the program are a series of poems by Amy Sara Carroll; meditations featuring anecdotal advice for how to manage exposure to the sun, dehydration, and desert snakes, while also conserving energy in the extreme heat (see: artistic competence).

The report presented in exhibition consists of three film works Transition, Algorithm, and Precession, licensed by the Museum of Modern Art in Warsaw for the duration of the exhibition. Courtesy Ricardo Dominguez.